LORMAN — According to a Twitter post by Alcorn State University quarterback Brandon Bridge, he will no longer be playing football for the Braves.

Bridge, who lost his starting job recently to fellow sophomore quarterback Darius Smith, had the following post on his Twitter account, Air_Canada_7: “No longer apart of the alcorn state braves #LOOKINGFORANEWHOME.”

In last Saturday’s game against Concordia College-Selma, Smith was 9 of 18 for 162 yards and four touchdowns in the Braves’ 58-16 win. ASU head coach Melvin Spears was not available for comment Wednesday, but he did say after the game Saturday that the quarterback competition was open.

“The best guys here play,” Spears said Saturday. “Every guy competes on a regular basis. It’s all about competition, and the guy that (practices the best) during that week is the guy that participates.” 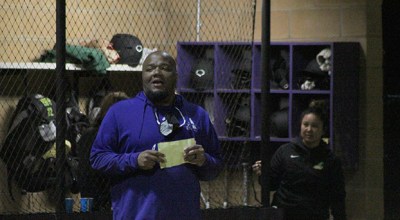