NATCHEZ — It had stood through years of storms, stress and neglect, but Tuesday afternoon the abandoned building at the corner of Homochitto Street and Duncan Avenue could stand no more.

Bystanders said the building began to emit a creaking noise before suddenly collapsing and falling into the street. The collapse happened during the 3 p.m. hour.

Natchez Public Works Director Robbie Dollar said the priority Tuesday was clearing the piles of busted bricks and moldering wood out of the roadway.

“We are just trying to open the streets and keep everything safe,” he said.

The building has been derelict for some time, and already appeared structurally unsound at the time of the collapse. For several years the structure has had a large hole in one of its walls.

Who was ultimately responsible for the building’s upkeep is a mystery at the moment, Dollar said.

“It has been abandoned for many years.”

Finding out that information is going to be a priority, however.

“Tomorrow, we will find out who owns it,” Dollar said.

Alderman Dan Dillard said the city planning department has gone through a process of determining unsafe buildings, and he thought the building was on the list.

City Planner Bob Nix could not be reached for comment. 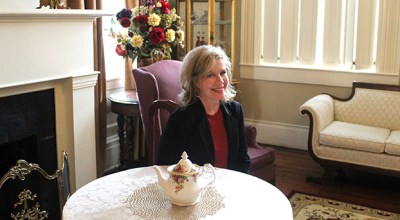