NATCHEZ — Adams County and City of Natchez leaders are hoping to soon extinguish portions of the fire protection agreement that are still smoldering.

A key provision of a recent revision to the fire agreement was for the county to reduce the number of calls the city fire department responds to outside the city limits. To do that, the county has committed to recruit additional volunteer firefighters to respond to lesser calls — for example, grass fires — that might not require a full city callout.

The number of active volunteer firefighters — those who respond when called — has increased from approximately 25 to approximately 40 in the last year, Smith said.

A total of 54 volunteers are currently signed up, he said.

“We are gradually getting people coming in,” he said. “We have some new guys, they have been a big plus, out recruiting and being more active, and even going to other areas and helping out with the fires the other departments are responding to.”

Before, three to four volunteer firefighters might show up to a fire, but now 10 to 13 men and women might respond, Smith said.

The volunteer departments have implemented an e-dispatch program that sends text messages to the firefighters’ cell phones to encourage response from those who don’t have radios, he said.

While responses are improving, calls during the day can still be a problem when many of the firefighters are at work, Smith said.

“The majority of calls are during the day, so we are trying to get where we have a day crew and a night crew,” he said.

Natchez Fire Chief Oliver Stewart said the department responded to eight structure fires in the county throughout November. Volunteer crews assisted the city in five of those eight calls.

“Anytime we get calls outside the city limits, the dispatchers have been notified to let all the volunteers know and that’s what they’ve been doing,” Stewart said. “Sometimes several of them are able to assist us, and sometimes it’s just one person that shows up.

“But so far they’ve been doing good.”

In addition to volunteer firefighters helping out in districts other than their own, Smith said the different departments are having training sessions in which volunteers from other stations can attend.

The county will offer fire equipment driving and CPR classes to the volunteers in January.

Adams County Board of Supervisors President Darryl Grennell said he was impressed with the numbers of volunteers who have signed up and feels the county is on a good trajectory to improve fire responses.

“When Darby’s was burning downtown, we have volunteer firefighters inside the city limits helping extinguish that fire, and (Darryl Smith) was right there helping spearhead that effort,” he said.

In the future, the county will need to look at additional fire protection presence outside the city limits, including identifying new fire districts and adding new fire stations, Grennell said.

“Out on the U.S. 84 corridor, we really need to target that area in terms of adding a site so you can have more coverage for fires,” he said.

One of those sites that concerns city leaders in the Natchez-Adams Port and industrial area, where Natchez Mayor Butch Brown said a large scale fire could be devastating.

“These things can happen so easily, and in an industrial accident situation, we are only marginally equipped in my opinion to handle a situation of that magnitude,” Brown said. “We can go, and we can fight because we have people that are trained and the equipment that is certified.

“But we have to always be asking, in a big instance like that do we have enough people and enough equipment to manage and control that fire so that we minimize the danger for the public?”

Another part of the fire agreement included the county providing a fire truck for the city.

The county had initially put off ordering the fire truck waiting to hear if it had received a grant from the Federal Emergency Management Agency that could be put toward the purchase.

When the grant didn’t come through, the county located a fire truck model that meets the city’s needs and was going to purchase it outright because it could be purchased for less than the cost of a fire truck on the state contract list.

That plan hit a bump when the company building the truck didn’t have a Mississippi vendor’s license, and county officials said the project would have to go to bid.

But County Purchasing Clerk Frances Bell said she and county officials were able to meet with Natchez Fire Chief Stewart and find out the city’s minimum needs for the truck, and companies on the state contract list may be able to provide the truck with the required specifications.

Brown said ensuring the truck meets all the required specifications is key for the city to maintain its fire rating, which can impact insurance rates throughout the area.

The city, Brown said, currently has a rating of five and doesn’t want to see that rating drop.

“We have to keep in mind that if we start putting inferior equipment into our fleet, we could stand a chance to lose our rating,” Brown said. “The value of having the proper trucks and equipment goes a long way.”

Bell said she is waiting now to hear back from the state vendors if they can match the city’s needs. The county will have to check with the state coordinator to make sure it is compliant with state contract guidelines, and if it is she will be able to get a purchase order number issued and the county can purchase the truck.

“Going through the state contract is much faster than bidding it out, because that would have to run in the paper twice, then we’d have to wait 10 days after the second run before we could open those bids, and then you have to check to make sure the bids are compliant — that can be a lengthy process,” Bell said.

“I am hoping by the time we have returned from the hustle and bustle of the holidays, we will be able to issue the purchase order for the truck,” she said.

Brown said all the city can do at this point is wait and hope the fire truck arrives sooner rather than later.

“The city is a bit disappointed that we’re having to wait this long,” Brown said. “We’re just keeping our fingers crossed that we can continue to operate safely and efficiently without that truck in our fleet.” 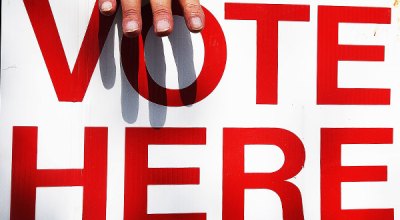 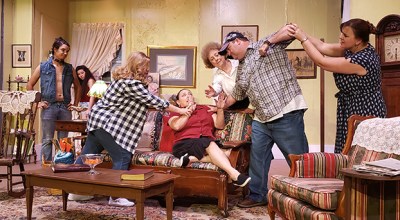 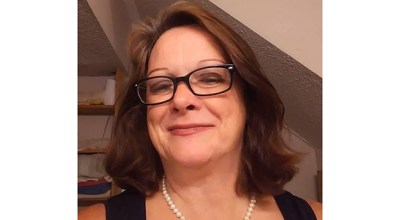 Locals with ties to Cuba wary of recent political…