Through the Viewfinder: Trinity students shake off nerves at school’s Christmas dance

NATCHEZ — Middle school dances, much like middle school itself, can be a scary, yet exhilarating time for students.

There are the fast, upbeat songs in which boys and girls separated themselves to opposite sides of the dance floor.

The parent chaperones always seemed to be bearing down, when in actuality they were providing plenty of space and mostly mingling among themselves.

The slow songs that nobody admitted they wanted more of and the worries of choosing the right partner and properly wiping off sweaty hands.

For a pair of Trinity Episcopal School fifth-grade students, these feelings were real at their Christmas dance Friday, but that did not stop them from each having a memorable night.

“I was so nervous,” Alex Owens said. “It was my first dance, and with new things, I get nervous.”

Alex was asked to attend the dance by his classmate Meredith Lessley, they served as each other’s first slow dance partners.

“I was scared at first, but he was really sweet,” Meredith said.

The two had talked about the possibility of slow dancing before the night, and that took a little bit of the edge off.

“He asked me earlier what we should do if a slow song comes on,” Meredith said. “And I said, ‘I didn’t know,’ and he said, ‘Would you like to dance with me?’”

Meredith answered with a resounding, “Yes.”

“I was really glad that we talked about it, so it wouldn’t be weird during the dance,” Meredith said.

“Those dances were my favorite part.”

Throughout the night, the two would separate after the dancing and rejoin their respective friend groups only to come back together during the slow dances.

Each time, the pair got more comfortable. Alex even added a spin into his repertoire of dance moves.

“I am still nervous, but I had a really good time tonight,” Alex said.

“I don’t think I will be forgetting tonight anytime soon.” 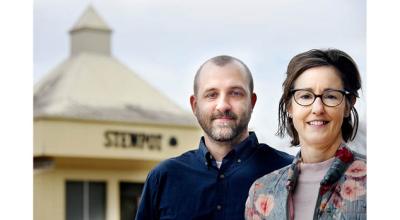 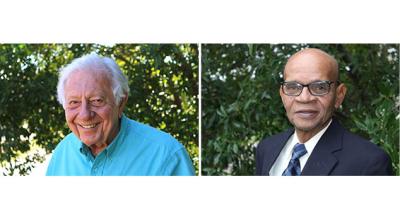