Burial will be Monday at the Natchez National Cemetery under the direction of Lakeover Memorial Funeral Home, 1525 Beasley Road, in Jackson.

Visitation will be from 5 to 7 p.m. Friday at the funeral home.

Mr. Murray lived in Jackson since 1961. He attended elementary and high school in Natchez and later served in the Korean Conflict as a radar chief.

Following his military service, Morris received a bachelor’s degree from Alcorn College in industrial arts and a master’s degree in school administration from Jackson State University. He also did further studies at the University of Mississippi, Mississippi Valley State University, Millsaps College and Tuskegee Institute.

During his tenure as an educator, he taught at Jim Hill High School for 13 years and served 30 years as a supervisor of special vocational services for the Mississippi State Department of Education.

After Morris accepted Christ, he became a member of the Davis Temple Church of God in Christ (COGIC.) While at Davis Temple, he served for a number of years as a Sunday school superintendent and Sunday school teacher for the adult men’s class. He was appointed director of Christian education for Mississippi Southern First Ecclesiastical Jurisdiction COGIC and served faithfully until his death.

He was a man of many passions and an exceptional Bible scholar with a strong commitment to understanding and sharing the word of God. This commitment led to the development of a Bible training course that cultivated strong men of God aspiring to become elders and pastors for Mississippi Southern First Ecclesiastical Jurisdiction. For a number of years, he served as principal of the Amazing Institutional Christian School. In 2009, Morris was ordained as an elder in the church. Morris was recognized for his exceptional oratory skills across the state and region by civic, social and religious organizations.

His great love for vintage cars, and his membership in the Antique Vehicle Club of Mississippi, resulted in his participation in the Mississippi State Fair Antique Vehicle Exhibition, and over the last few years, his entries placed either first or second.

Survivors include his wife, Laura of 58 years; two children, Gwendolyn Murray-Johnson and husband, Gordon, of St. Petersburg, Fla., and Morris Murray Jr. of Tampa; one granddaughter, Lindsey Johnson of St. Petersburg; four sisters, Marie Hartsfield of Chicago, Leola Johnson, DeElla Lewis and husband, David, and Rosie Lee Williams and husband, Louis, all of Natchez, and Willa Carpenter and husband, Sam, of Montgomery, Ala.; one brother, Levi Murray of Natchez; a devoted brother-in-law, Daniel Smith and wife, Charlie Bell, of Fayette; and a number of nieces, nephews, cousins and friends. 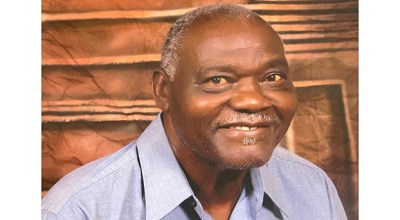