Robert Kuehnle’s newest novel in his Cherry Cola Book Club series includes scenes which take place at Fat Mama’s Tamales, a Natchez Restaurant. The Natchez native, who writes under the pen name of Ashton Lee, will be signing books at Fat Mama’s at 11 a.m., Oct. 3. Cherry cola will be the drink of choice at the event.

One Natchez native is taking his love of the bluff city to bookstores nationwide.

The book, Kuehnle said, follows librarian Maura Beth Mayhew through the fictional Mississippi town of Cherico, which is loosely based on Natchez.

Kuehnle, who grew up in Natchez but now lives in Oxford, said the people and places of Natchez influenced much of his novel.

“I have always felt like Natchez is a writing laboratory,” Kuehnle said. “There are plenty of stories to tell, and plenty of characters in Natchez.”

Most characters in “A Cherry Cola Christmas,” Kuehnle said, are a blend of people he met during his childhood.

“Natchez is an eccentric and unusual town,” Kuehnle said. “Growing up, I didn’t think anything of the eccentric things there, but now they make for a great story.”

The plot of “A Cherry Cola Christmas” is based on Mayhew’s efforts to uplift the small town of Cherico, which is experiencing some holiday blues after a string of mysterious criminal activity.

And although the fictional town is much smaller than Natchez (it only boasts 5,000 residents), Cherico is nothing short of a wholesome Southern city — such as Natchez — Kuehnle said.

“It’s a community in which everyone knows everyone,” he said. “And it’s a town where it’s hard to keep secrets, even though everyone maybe has a secret.”

And while most Natchez connections in “A Cherry Cola Christmas” are subtle, others are obvious, Kuehnle said.

Like Natchezians, Cherico residents also love their tamales and locally made po‘ boys.

“I worked Fat Mama’s (Tamales) into the book,” Kuehnle said.

When Fat Mama’s owner David Gammill found out about his restaurant’s appearance in Kuehnle’s book, he said he was both surprised and flattered.

“At first, I wanted to skim through (the book) just to see where we were,” Gammill said. “But after reading the whole book, I think we fit in nicely to the plot.”

As a way to show his gratitude to Kuehnle and promote “A Cherry Cola Christmas,” Gammill said Fat Mama’s is hosting a special book signing at 11 a.m. Saturday at Fat Mama’s Tamales, 303 S. Canal St.

Along with an appearance by the author, Gammill said Fat Mama’s would also offer a special cocktail for the occasion — a cherry cola.

“One of the great things about Natchez — aside from being a tourist destination and a small Southern town with all these grand antebellum homes — is its culture,” Gammill said. “And to me, having an author in Natchez, that provides culture.”

“A Cherry Cola Christmas” will debut at bookstores nationwide Tuesday. 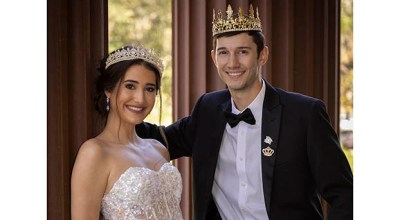 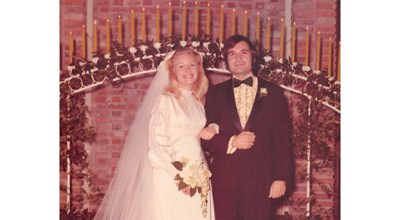