Civil Rights? Been there, done that

It seems that many are relating their stories of Natchez during the Civil Rights era. I’ll attempt to tell mine.

I completed my tour of duty with the U.S. Army in June of 1965 and returned to Natchez. The Civil Rights Movement had been on-going for some time. and was the big news topic of the time. I, being stationed in Germany, would hear mention of “Natchez” on the AFN radio broadcasts from time-to-time.

The actions in Natchez seemed to consist mostly by boycotting white-owned or managed businesses. At the time, most businesses were owned or run by white people. Boycotting won’t work today because so many businesses are now owned and controlled by blacks, that reciprocation would occur. There were rowdy groups of people demanding most everything. Consequently, there was great dissention between the races.

On one occasion, I saw a man I knew boycotting a department store and carrying a placard. I asked him, “Joe, what are you doing and why are you here”? “This is a great place to pick up girls, man”, he said.

At some point, the largest privately owned Natchez grocery store burned down. It was clearly an act of arson because two incendiary bombs went off, but a third one did not ignite. The whites claimed the blacks did it and the blacks said the whites did it; yada-yada-yada.

I, being the closest thing to a forensic scientist at the time, was given the dud to analyze its contents. I won’t divulge any further information on the bomb for fear of “copy-cat” replication, but I will say that it was a fairly sophisticated device. I don’t believe that anyone in Natchez at that time would have the know-how to produce this item. It must have come from outside sources.

Jefferson Davis Memorial Hospital was offered a contract to do lab work on the Black kindergartners of Holy Family School. I formed a crew and we went to the school and completed the task. There was a group of maybe ten or so white men who had parked their cars across the street and were standing on the curb. Upon our exiting the building, these men booed and jeered us. As I was driving away, I tried to read all of the car tags. Amazingly, there were no Adams County Tags that I saw.

It is my opinion that the disruption and damage was done not by Natchez people. I believe, as it is today with the “Black Lives Matter” movement, everything was carried out by outside thugs and hoodlums who are paid to cause emotional eruptions among volatile, emotion-filled crowds. These are the real culprits.

Civil Rights Movement in Natchez? — I’ve been there and done that.

More Letters to the Editor

Is mayor violating city code with his businesses? 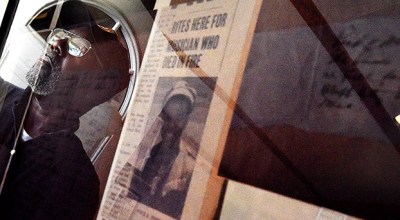 Russian hacking should not upset us