The next frontier: Natchez native to help lead NASA into deep space 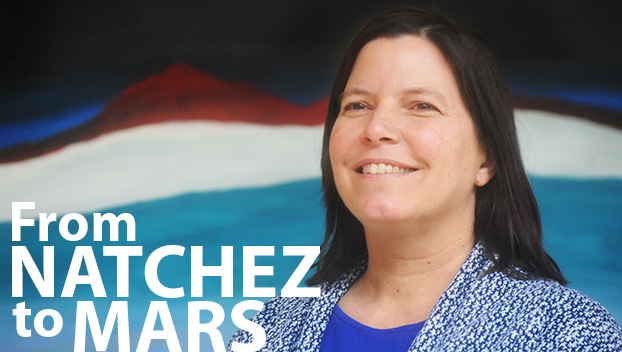 NATCHEZ — Who knew seeing a mechanical shrimp peeler for the first time would lead a young engineering student to put men on Mars?

Thirty years ago, Natchez native Cynthia “Tia” Kaiser Ferguson sat through a freshman engineering course at Tulane University listening intently to the success stories from school alumni, including one graduate who had developed and designed a mechanical shrimp peeler. The stories capitivated the young student and inspired her to pursue a career in engineering.

Three decades later, Ferguson is the deputy director for the Space Systems at NASA.

“It’s been a natural fit,” Ferguson said. “I like the leadership aspect of it.”

On a day to day basis, Ferguson helps manage the affairs of the Space Systems, working toward the final space frontier.

Her next mission — putting people on Mars.

Ferguson said there are some debatable aspects of the mission still up in air as the new president’s administration irons out the final transition details, but within the next decade there will hopefully be a rocket launched toward the red planet.

Ferguson’s department mainly oversees the software operations that makes everything about the space rocket function properly.

Ferguson said that translates to a lot of research, testing and risk management. She said it means imagining ways something could go wrong, and then coming up with a back-up plan and solution.

In the long run, Ferguson said NASA is looking into colonizing Mars. Since water has been discovered in rocks on the surface, the plan would involve a lot of mining and resource extraction.

Ferguson said it might even be similar to scenes depicted in the movie “The Martian.”

“The first crew would be pretty small,” Ferguson said. “You would always be in the dome or in a spacesuit.”

She will oversee the annual budget of more than $110 million and manage a highly-technical workforce of 560 civil service and contractor employees located throughout six divisions and 18 branches.

Ferguson has been with NASA since she graduated college more than 27 years ago. Barely rid of her cap and gown, she began working at the Kennedy Space Center in Florida. Now she lives in Huntsville, Ala., with her husband, Jim, and her daughter and son, Kate and Riggs.

Ferguson and her family still visit Natchez to see her parents. She also loves talking to local schools in Natchez and around Huntsville about what she does with NASA.

Her daughter, Kate, is studying to be a marine biologist. Her son, Riggs, is planning on majoring in engineering as well.

Ferguson said she is proud of what her children are doing in school. She said she is glad they have both chosen something in the science and technology fields.

“She has gone so far up the ladder at NASA…That’s not easy to do. Plus, she has been a great mother to her children,” her mother Barbara Kaiser said, beaming.