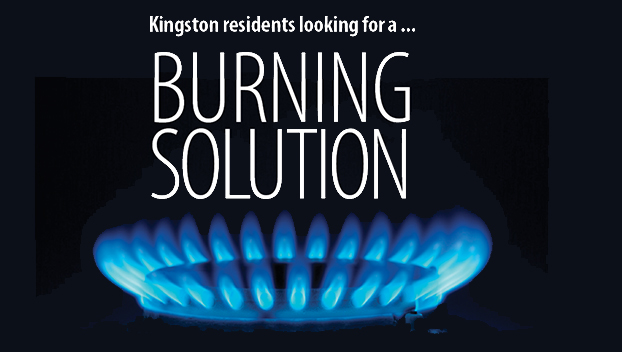 NATCHEZ — Kingston residents will meet Tuesday in hopes of making a decision that will put an end to worries about losing natural gas services.

American Midstream Partners will cap its natural gas line at Cloverdale in installing a new pipeline from Franklin Parish into Adams County, replacing a 1920s-era 8-inch line that runs from Monroe to Baton Rouge with a 12-line that will end in Natchez.

The cap at Cloverdale would cut Kingston customers off from the natural gas supply line.

Since the company announced the plans in July, Adams County District 2 Supervisor David Carter has been working with residents and companies to attempt to salvage the line,

If residents had to switch their appliances to support an electric or propane system, it could cost thousands of dollars. The change impacts 152 residences and approximately 500 people, Carter said.

Carter said his first option was to try to find another company willing to tap into the current line, but that did not work out due to the age of the line.

“We looked at saving the line there, but it is impossible due to age,” Carter said. “It’s a 90-year-old line.”

Second, he attempted to negotiate with Atmos Energy to run a new line through Kingston.

“It would have been a very high fee with having to run 4 miles of line,” Carter said. “They would have had to have a fee to pay off the line somehow. They did not see it as feasible. Of course Atmos has the right to say yay or nay.”

Then, Carter said, he came across the third option, which he said would end up being the cheapest of the three options, a company he would not name at this time but would be present on Tuesday to explain the details.

“We have gone through a lot,” Carter said. “This was not the first option, but it might be the best.”

Carter said the new system would require a rate increase, but it would not be as expensive as the other alternatives Carter looked at. Carter said he would let the company explain the rates Tuesday.

“No matter what we do, we will pay a little more,” Carter said. “It should be cheaper than propane.”

The system will be propane based, but not traditional propane, Carter said. Carter said he hopes to place a single large tank in the middle of the system, but he would still have to work with the community and company to find the best location.

“There will not be a tank in every yard,” Carter said. “No customer should have to make any changes in and or around their home.”

Carter said he would let the company explain how the chemistry works Tuesday, but that the system would work similar to natural gas so customers would not have to replace appliances.

“For the average customer, there will be no difference whatsoever,” Carter said. “You can use your current appliances and keep the same systems in your house and the new system would run through it. It will just be a little more expensive.

“The company representatives will give a full explanation of the process and any minor changes.”

The meeting will be 6:30 p.m. Tuesday at Cliff Temple Baptist Church on Spokane Road in Kingston. Carter said the new company would be present, along with American Midstream, the Public Service Commission and Mississippi River Gas, which owns the area’s system.

“I think everyone will be happy with what we have put together,” Carter said. “It was the last option we looked at, but it is one I think makes everyone happy — it is the most cost effective and not much change will be involved with it.

“I think it is something that should make (residents) content.”

Carter said the meeting would also include a discussion on the Kingston School, which burned in 2016.

The schoolhouse had recently been renovated and served as a community center.

To rebuild the structure with improvements, such as additional bathrooms, a larger kitchen and a few other modern twists, the estimated cost is between $150,000 to $180,000.

Carter said Sen. Bob Dearing, D-Natchez, and Rep. Sam Mims, R-McComb, are working to obtain a one-to-one match for the rebuilding process. Insurance has allocated approximately $92,000 and the state would double that if the legislators are successful.

Mims, who introduced both a bond bill and an appropriations bill, said both his bills died in committee due to the deadline, but he said hope exists. Mims said language could be added for the Kingston School to either the bond the state takes out every year or appropriations.

However, Mims said adding the language would be challenging.

Dearing said the chairman did not allow any amendments to bills on the floor, but adding the Kingston School funding to the bond bill could still be possible. Dearing also asked residents to understand adding funding to the budget would be difficult.

“To say the least, the budget is challenging this year,” Dearing said. “I just hope we can be successful. It just all depends on how much the committee wants to put in the bond bill, if they think it would be viable or not.”

Carter said he hoped to see the whole community at the meeting.

“Everyone is encouraged to be there,” Carter said. “The system we are proposing for gas, should be the cheapest possible solution out of every option we looked at.”