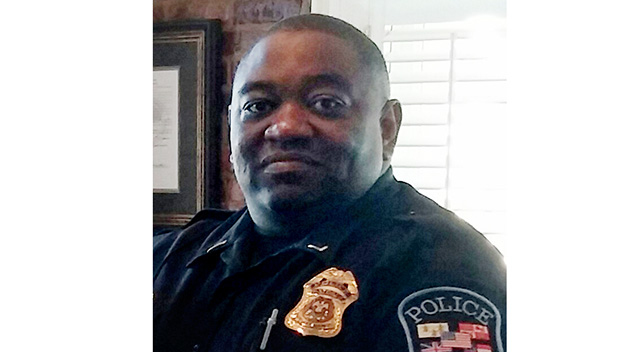 After a 3-2 vote to officially accept the retirement of White, the Natchez Board of Aldermen voted Tuesday to appoint Natchez Police Lt. Shawn T. King to serve as interim chief.

The board paused its regular meeting to enter a closed-door executive session to discuss the matter during which White was present. King, who is also assistant police chief at the Fayette Police Department, was not at the meeting.

Ward 1 Alderwoman Joyce Arceneaux-Mathis voted against accepting White’s retirement at Tuesday’s meeting, a motion made by Frazier. She abstained from the vote to appoint King. The vote was initially 4-1, with Ward 4 Alderwoman Felicia Irving originally voting for accepting White’s resignation, but changing her vote to nay after Mayor Darryl Grennell called for a roll-call vote after the vote was divided. Per Robert’s Rules of Order, a board member can change their vote up until the final vote is announced.

During her city official’s report and prior to voting, Arceneaux-Mathis issued a “public apology” for the manner in which she said the matter was handled by the city’s administration.

White’s retirement ends his nearly five-year tenure as police chief and follows ethical questions recently raised about the employment of White’s son Devin White at the department and possible conflicts with state law that prohibits nepotism.

White and the police department have also faced increased scrutiny in recent months following a series of robberies, burglaries and other crimes that led to public complaints from residents at recent aldermen meetings. White said most of those cases have been solved, and the department is working diligently to solve the other cases.

Arceneaux-Mathis read from a prepared statement and detailed the events leading up to White’s retirement, beginning with a text message she receive from the mayor’s office shortly before noon last Wednesday, announcing that a meeting had been called for the next day to discuss personnel matters at the police department. Arceneaux-Mathis said she was not informed of specifically who or what would be discussed.

Frazier made the motion to terminate White following the executive session when the board returned to open session.

White was not at Thursday’s meeting and has said he was not informed of the meeting before it happened.

Arceneaux-Mathis said she does not know if White was formally notified by the mayor of the board’s action last week prior to the news being made public.

“Chief White has spent over 30 years putting his life on the line to protect and defend the citizens of Natchez,” Arceneaux-Mathis said. “He does not deserve to be treated in this manner by this administration and board of aldermen.”

Although she may not agree with it, Arceneaux-Mathis said she was not questioning Tuesday’s decision by the board, but she did “adamantly disagree with the method this position was handled by the administration and the board.”

“I believe that Chief White should have been notified to attend this meeting and the nature of the anticipated discussions. Handling this situation in this manner sets a bad precedent for the way the board of aldermen and mayor works with the employees of this city, and it sends the wrong message to potential candidates for this position.

“I am sorry that Chief White felt that the only alternative left for him was to decide to retire. … Again, I sincerely apologize for the manner in which this whole situation was handled.”

Frazier’s report followed Arceneaux-Mathis’ report, and he deferred, saying, “I’m not fixing to get in an argument about Chief White.”

After the meeting, Grennell said he wishes White well in his future endeavors, but said he and “this board have no need to apologize for how this was handled.

“The chief was given several opportunities to resign quietly and with dignity, which would have resolved the ethical conflict with his son, but he dragged out the process over many weeks, until I had no option but to move to dismiss him,” Grennell said.

“As mayor, my first duty is to protect the citizens of Natchez. This whole situation created a distraction in the (police department) at a time when we cannot afford it. Until the recent rash of armed robberies is stopped, conclusively, the public is at risk of harm. Crime has complex roots in a community, but there’s no question that to beat it we need focused, proactive leadership at the police department. That is my goal, and all options are on the table.”

The board voted to task the Civil Service Commission with leading the search for a new chief. Grennell said he hopes a new chief can be in place sometime in July, but said he does not want to rush the process to ensure the right person is appointed.

White’s retirement is effective May 31, but he will remain on vacation until then. King’s appointment took effect immediately following Tuesday’s vote.

Grennell recommended to the board that King, who has been employed at NPD since 2004, serve as interim chief, saying his law enforcement and education background will make him a good leader for the department. Grennell said he has met with King, who most recently served as a patrol shift commander, on multiple occasions and was impressed by him.

King, 46, is a Fayette native and graduate of Jefferson County High School. He served as a U.S. Army infantryman for seven years until 1997 when he returned to Jefferson County to work for the Jefferson-Franklin County Correctional Facility.

King also worked for the Jefferson County Sheriff’s Office, and while there also began working part-time at the Fayette Police Department.

King was hired as a patrol officer for the Natchez police in 2004 and continued working part-time on his days off from Natchez at the Fayette Police Department, where he still served as assistant chief as of Tuesday.

In light of his appointment Tuesday, King said after the meeting he is considering resigning his post in Fayette to focus on NPD.

King said he appreciated the mayor and board of aldermen entrusting him to lead the department as interim chief.

“I’m blessed right now to have this position,” he said. “It is one of tremendous, tremendous responsibility, and I fully accept that responsibility. I feel like it’s owed to the community and my police officers as well to give them the very best I have and in return, I expect the same from them.”