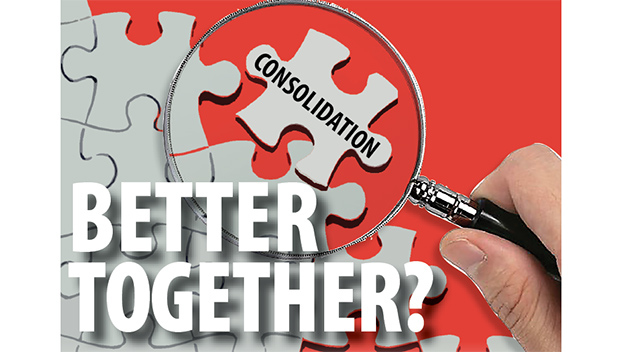 Sparking up a decades-old conversation in Natchez and Adams County, the City of Natchez is commissioning a study to explore the consolidation of government services.

The Natchez Board of Aldermen has enlisted the Stennis Institute of Government at Mississippi State University to conduct a cost-benefit analysis of the consolidation of government services offered by Natchez and Adams County.

The institute is currently putting together plans for the study and will bring back an overview of the work to be done and a cost to the board.

The conversation, which has been ongoing in the community for decades, was recently restarted among the Natchez aldermen as city department heads increasingly have reported difficulty retaining employees because of lower pay than neighboring governments. The aldermen have heard these concerns repeatedly from department heads, particularly police, fire and public works.

Mayor Darryl Grennell and the aldermen decided to explore two facets of the issue — how does Natchez’s police and fire pay compare to other cities and would consolidation be a feasible option for saving money on services.

Coincidentally, the Stennis Institute is currently conducting a statewide study of the pay for police officers and firefighters.

Research associate Claudette Jones said the Stennis Institute has been inundated with calls about first-responder pay, particularly from distressed fire chiefs who have had a “devil of a time” retaining firefighters because of low pay.

Many police and fire departments in the state, Jones said, face competition for personnel from neighboring municipalities and governments.

Jones said it is common for police officers and firefighters to be poached by higher-paying departments once another lower-paying entity has paid for training costs.

The aim of the study, she said, is give police and fire department leaders information about salary, benefits and job descriptions so they know what they are up against in terms of keeping staff on board.

“Because of where Natchez is located, you compete with your county, and (police officers and firefighters) can cross the river and go into Louisiana and work over there,” Jones said.

“We are really glad to do this. When my fire chiefs would call, they really needed the information. … We are just trying to gather as much information as possible, because we know how important those services are to municipalities.”

The study will likely be complete sometime in the next couple of months.

Knowing the competition when it comes to pay for police, fire and other government personnel is a good first step to helping the city solve its retention issues, Ward 3 Alderwoman Sarah Smith said.

Smith suggested at a recent board of aldermen meeting that the city ask an outside agency to research local consolidation, which led to the city contacting the Stennis Institute.

However, Smith said, the city and the county would be wise to at least look at the option of consolidation.

“If we could handle the fire department end of it, and the county could (handle) the law enforcement and pay could increase for both, I think we definitely need to have someone from the outside to look at that,” she said.

Smith said she has done a great deal of research on consolidation, and it is not as simple as some might think.

“I think people automatically think it would save all this money,” she said. “It’s not as simple as you think. You have to have buy-in from people and really do your research and understand (the impact).”

Regardless of whether consolidation will actually save money, Smith said, the conversation has not seriously been had in the past five or so years since she has been in office, and it needs to be talked about amongst city and county officials.

“We are not going to be smart if we don’t look at how many jobs we need to have for size of our population … and provide the best services we can for our municipality and better quality, better pay and better training,” Smith said.

Mayor Darryl Grennell said he has long been a proponent of consolidation.

“In Natchez-Adams County, there is only one city in the county,” he said. “A lot of services, we can fuse them together. … The think what has not occured is to figure out is it going to achieve what we want to achieve? What I’m hoping for is that it will be saving money for the taxpayers and still have effective law enforcement and fire protection. There’s going to be a lot of things we’re going to have to figure out.”

From the county side, Board of Supervisors Mike Lazarus said that he supports consolidation if it will save the county money.

“I’m for anything that’s going to save us money,” he said.

Lazarus said during talks of consolidation, people often get wrapped up in worries about jobs being cut.

“People can be moved around,” he said. “You’ve got to look at what you can save and if you can pay your employees better. … We all work for the taxpayers, and if we can give them a better, more efficient product, if we can save money and put it somewhere else … blacktop roads … and things like that, we should look at it.”

Adams County Sheriff Travis Patten said he is choosing to remain neutral on the idea of consolidation.

“I would rather wait and see what the study says,” he said. “I know you have certain people pushing for certain things, but I’m not going to get in the middle of that. Whatever the citizens want, we’ll do that.”

Natchez Fire Chief Aaron Wesley could not be reached for comment.

Currently, the city’s fire department provides fire protection for the county and is supported by county volunteer firefighters. The county pays the city for fire protection, and city officials have repeatedly said they think the county should pay more for the service.

As for the consolidation study, Stennis Institute Executive Director Dallas Breen said a similar study was conducted in Natchez and Adams County in 1999.

The institute, Breen said, will review that study and include whatever discussions were happening then in the new study.

“I want to make sure what is in the 1999 study is included, so we will say, here are the discussions that happened in 1999, here is how it has changed, how tax revenue has changed … and address some of the more pertinent topics.”

Those topics, Breen said, would include fire protection and other issues.

“I’m aware that there is some contention about fire (protection) and who is paying for fire service,” he said.

The study would essentially look at, Breen said, “if consolidation is truly the best way to provide services.”

“This whole think would be an open dialogue, more or less,” he said. “One of the concepts is, you can say, ‘I want to consolidate all services.’ But the county has to be able to provide all services”

Breen said aspects of municipal services exist that the county might not be able to provide, so it would be looking at where those considerations would need to be made.

That is the first step, Breen said, before looking into how a consolidated government would be structured.

“It’s an exploration into how much is this going to cost, and will it benefit everybody?” Breen said. “If it does, then you take the next step.”