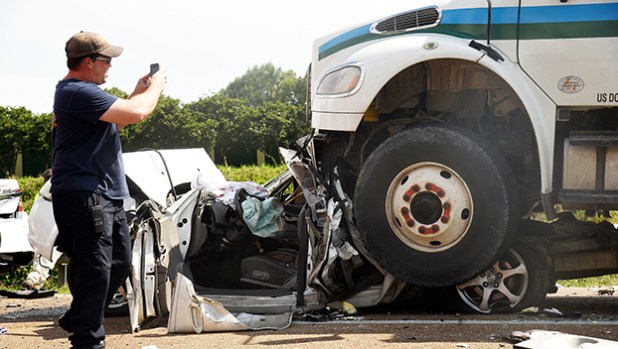 Guy Tuccio documents the scene after a four-vehicle accident. The driver of the sedan was airlifted to the hospital, and the driver of another vehicle was taken by ambulance. 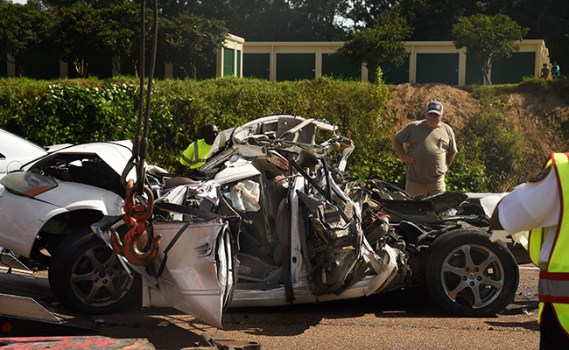 The remains of a white sedan sits crumpled on the ground and waits to be towed away after an accident with a truck Tuesday afternoon on John R. Junkin Drive. (Nicole Hester / The Natchez Democrat) 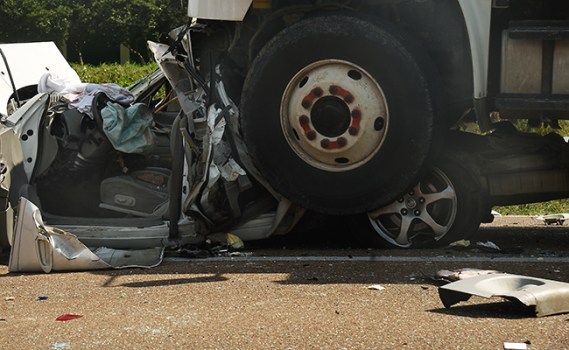 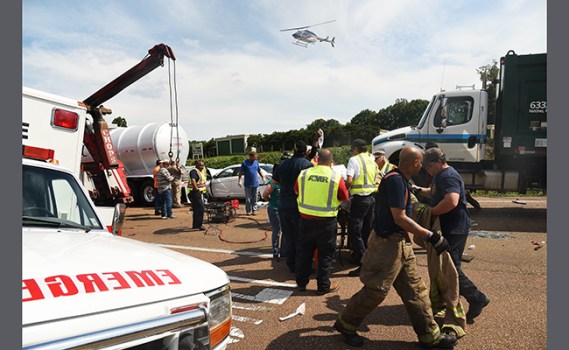 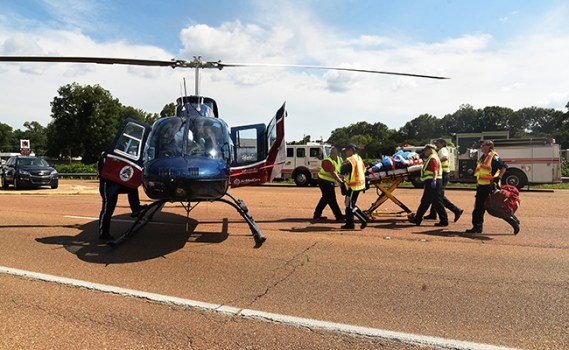 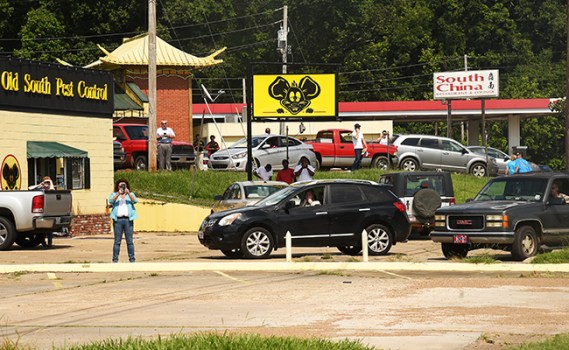 NATCHEZ — A driver was extricated from his vehicle and airlifted to a hospital Tuesday afternoon after a garbage truck collided with his vehicle and wound up on top of the man’s car.

Witnesses said it was difficult to see how the man survived, given the extent of damage the heavy garbage truck caused.

The four-vehicle accident blocked traffic in the eastbound lane of John R. Junkin Drive for more than an hour.

One other driver was taken to the hospital by ambulance.

The accident occurred near the Natchez Fire Department 2, which allowed firefighters to respond quickly.

“Someone came and knocked on our door and let us know there was a truck on top of a car,” Natchez Fire Department Battalion Chief Leland Rymer said. “It really could have been worse.”

Eyewitness Ken Rodgers, one of the first on the scene, echoed that sentiment. Rodgers could not believe the victim was alive.

“He was crying and bloody and reaching out for help,” eyewitness Ken Rodgers said. “We were just trying to console him and get him out of the car.”

The fire department was able to extricate the driver of the vehicle at approximately 3:45 p.m.

The cause of the accident is under investigation.