How did baby Britt die? Shaken baby syndrome at center of hearing in 2002 death penalty case 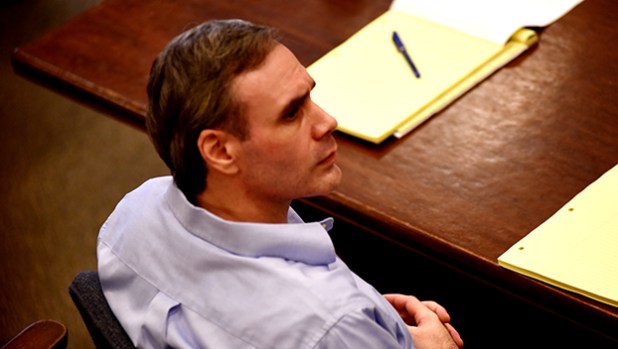 Jeffrey Havard listens to testimony in an August 2017 hearing ordered by the Mississippi Supreme Court to determine if a new trial is warranted. Havard was sentenced to death in 2002 in the death of Chloe Madison Britt. (file photo) 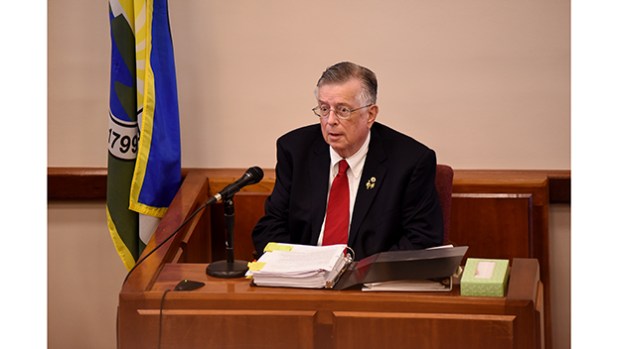 NATCHEZ — The state medical examiner that helped send a Natchez man to death row 15 years ago for reportedly shaking a baby to death testified Monday that baby’s injuries could have come from a fall.

The convicted man has contended from early in the investigation that he accidentally dropped the baby, but did not shake the child to death.

The Mississippi Supreme Court has ordered the hearing in Circuit Court Judge Forrest “Al” Johnson’s court for Jeffrey Havard, now 38, to determine if a new trial is warranted based on shifting belief in the medical community about shaken baby syndrome.

Havard insists he accidentally dropped his girlfriend’s baby, Chloe Madison Britt, causing her to hit her head on the toilet.

The doctors testified during the 2002 trial Britt definitively died of shaken baby syndrome, and offered no other potential cause of death.

Hayne said studies now show tremendous G forces can be generated in a short fall, which could result in a serious injury. However, Hayne said a single fall of 3 to 4 feet as described by Havard could not account for all of the baby’s injuries.

Hayne said he still believes the manner of Britt’s death was homicide, based on the types of injuries and the statements that were made by Havard along with the mother of the child and medical personnel.

Hayne said since 2002, a robust debate is occurring in the medical community regarding shaken baby syndrome.

The defense, which bears the burden to prove a new trial is warranted, also called Michael Baden, a forensic pathologist from New York. Baden has reviewed the case and said he disagreed that the cause of Britt’s death was shaken baby syndrome.

“My opinion is that the shaking had nothing to do with the death,” Baden said. “All the injuries are entirely consistent with blunt force impact, consistent within the manner in which Mr. Havard on day one said that the baby had fallen.”

Baden said Britt had no injuries to the neck or ribs that would indicate Britt had been vigorously shaken.

Further, Baden said the head injuries, with the exception of two on the baby’s lips and the nose, which may have been caused by CPR, also line up with Havard’s statement. Baden said the injuries to the head are consistent with a single fall.

The baby also had two bruises on her thighs, but Baden said he was not sure how those were caused. Baden said those injuries are not relevant to how Britt died.

Baden said in a narrow space such as a bathroom, a baby could end up being struck at the front and back of the head at the same time.

Baden said Hayne’s conclusion in 2002 was generally accepted science. Baden said more physicians are getting away from suggesting shaken baby syndrome alone being a cause of death, particularly in the forensic pathologist field.

Baden said some in the medical field are coming to the conclusion that an impact is required to cause injuries once believed to be consistent with only shaken baby syndrome.

Though Baden said the autopsy findings are consistent with Havard’s statement, Baden said he could not state whether the death of Britt was an accident or a homicide.

“We can’t tell if someone falls down a flight of stairs whether the person tripped or was pushed,” Baden said.

However, Baden said typically when the autopsy findings are consistent with the early explanation of the person present, in this case Havard, that gives the statement more weight.

“It is usually hard to make up a story that matches the autopsy if you are not telling the truth,” Baden said.

Special Assistant Attorney General Jason Davis said in Havard’s statement said when asked by police during the interview, Havard admitted he might have shaken the baby too hard.

Baden said a layperson would not know exactly what too hard would mean.

“I did not get the impression he shook the baby vigorously for 2 to 3 minutes,” Baden said.

Davis also cited a 2016 article in a pediatric journal that stated a majority of physicians who responded to a survey still believe in the validity of shaken baby syndrome.

Baden said in the study only 40 percent of forensic pathologists believe shaken baby syndrome is a valid diagnosis.

When it comes to unnatural deaths, Baden said forensic pathologists held more weight than other specialties.

Davis also asked both doctors if there was controversy surrounding shaken baby syndrome before 2002, and both agreed, though Baden said the thought was more of a fringe belief before 2002.

Baden said the percent of forensic pathologists who believe shaken baby syndrome alone could cause death has decreased from a majority to less than 50 percent since 2002.

Upon Davis’ questioning, Baden said he is charging $21,000 for his fees and travel, but that he was not paid for any of his other work on this case over the past five years.

Johnson would not allow testimony based on Havard’s conviction of also reportedly sexually assaulting the baby. Johnson said the Supreme Court decision was centered strictly on the shaken baby syndrome.

Havard’s attorney Graham Carner of Jackson was allowed to read what Baden’s testimony would have been, and Carner said no evidence exists to conclude Britt was sexually abused.

The hearing will continue today and Johnson has also scheduled time for the hearing on Wednesday if necessary. Johnson said he is not likely to make a decision until a later date.

Johnson said attorneys on both sides will present documents and he would need to review them.

“The central issue is whether or not the science about shaken baby syndrome has changed so much that (Havard) is entitled to a new trial,” Johnson said.