Is city getting required financial information about convention center? 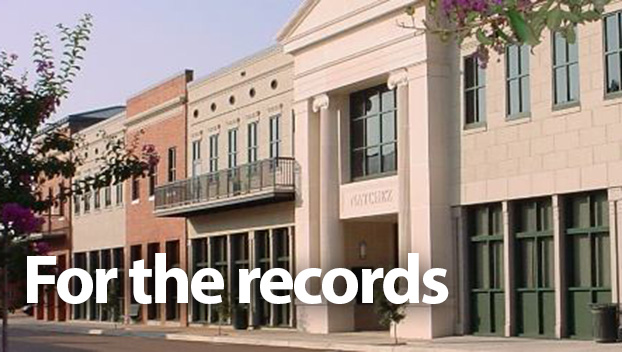 Louisiana attorney Paul Benoist, who has an office in Natchez, began circulating the petition Aug. 9. He alleges the city has obtained no such records since the convention center was privatized in 2006, when the city contracted with hotelier Warren Reuther’s company, New Orleans Hotel Consultants. NOHC also manages the Natchez Community Center and owns the Grand Hotel across from the convention center. Benoist said his petition stems from a failure by the city to “do its job.”

“I’ve been given nothing but warm glow by anyone with the city that the city has done its job with respect to taking in accounting and financial reporting issues on the management of the convention center for the past 10 years,” Benoist said.

“The reason I have petitioned is to get taxpayers who reside in the City of Natchez to petition the city council to do its job — to go in, do auditing, do financial examination of the books of NOHC and to actually get their hands around the operations for the past 10 years of the convention center.

“Otherwise, (the city) pretty simply does not have the information it needs to make a determination on whether a good job has been done by Reuther and his company or not.”

Natchez Mayor Darryl Grennell said he was unaware of the petition until two days after it began circulating, but he said the request is in line with what he and the board have been trying to do for the past year.

“If there is a petition to get the (convention center’s financial) records, I’m 100-percent behind it,” Grennell said. “We’ve been trying to get the books for almost a year now. We’ve made requests, (but) what we’ve been getting have been abstract reports, with just charts and general information,” Grennell said.

Grennell said the city has made formal requests to receive such documents, but to no avail.

Reuther and convention center manager Walter Tipton said they have made a great effort to be transparent with the city.

“Why wouldn’t we give the financials to the mayor and board of aldermen?” Reuther said. “It’s their convention center.”

The city currently gives NOHC $24,000 monthly as a base fee, and the agreement also allows NOHC to earn up to another $60,000 annually in management fees depending on the tax revenue received by the Natchez Convention Promotion Convention. The total NOHC can receive annually is $348,000

Tipton said he provides the city with annual financial performance reports by the center for each fiscal year, while providing an outlook for the coming year. As recently as February, Tipton appeared before the board at a public meeting to give a performance update.

The economic impact is calculated by a formula created by the Mississippi Development Authority’s State Department of Tourism, which estimates each event attendee spends approximately $180 per day on lodging, food, retail, and any other commodities.

By that measure, the convention center had a direct economic impact of $9,071,190, approximately an 80-percent increase since 2007, when construction began on the Natchez Grand Hotel.

Tipton said the Natchez Convention Center’s reports to the city are “head and shoulders” more detailed and transparent than other local centers.

“I’m presenting as comprehensive information as any center that I’m familiar with,” Tipton said.

But Benoist called the reports “fluff,” and said they contain no hard numbers from NOHC’s bank statements.

The contract between the city and NOHC provides that Reuther’s company have two separate commercial bank accounts in the city that are dedicated solely to (A) revenue from ticket sales at the convention center, and (B) all other revenues generated by the center.

Further, the contract states that the city “shall be authorized at any time to obtain information and records from the bank concerning such accounts …”

Ward 3 Alderwoman Sarah Smith, like Grennell, said the city needs more information than what they have been receiving.

“We need to do what we have to do to get that information. I’ve been hounding on that for a long time.”

Smith said she believes the public has the right to know exactly how the convention center, a public building, has performed over the years. She also said obtaining the information is incumbent upon the board of aldermen so they are properly informed should.

“In order to make an educated decision while making an RFP, we need to be getting more than what we are,” Smith said.

Ward 6 Alderman Dan Dillard placed the onus on Grennell and city attorney Bob Latham to exercise the authority granted by the agreement to get a hold of the financial documents.

“Via the contract, the city has the mechanism or vehicle to obtain those documents if the administration — i.e., the mayor and city attorney — choose to enforce the contract,” Dillard said.

Benoist also believes that the contract between the city and NOHC has been void since 2012. The contract gave NOHC the option to extend the agreement for another five years if proper notice was given to the city, which Tipton said was the case.

Benoist, however, said the agreement with NOHC was contingent upon a separate agreement the city has with the Natchez Convention Promotion Commission, which has been expired since 2012. Therefore, Benoist believes the attempt to extend the contract with NOHC was never legitimate.

Whether or not the city’s agreement with NOHC is null, the two parties are operating as if the contract will expire in late September.

Ward 1 Alderwoman Joyce Arceneaux-Mathis would not say whether the annual NOHC reports given to the city provide enough information, but she said the aspects concerning what the city is entitled to receive and divulge would be part of upcoming negotiations.

“If it’s not the kind of report (Benoist) wants, I’m sure when we get into the negotiations of the new contract … then we will get all of the information that we need,” Arceneaux-Mathis said.

Arceneaux-Mathis also said certain aspects of the convention center’s finances might not qualify as public information since the center deals with private businesses such as caterers and hotels, a point Tipton also made.

But while Smith said she has heard that argument, she is not sure how much weight it carries.

“Even if it comes through us, when we do the final numbers, I don’t feel like it’s proprietary at all because it’s a public building,” Smith said.

Regardless, Benoist believes the city must obtain more veracious records regarding the convention center immediately.

“I have gone through the city and its finance committee minute books, and I do not find the type of reporting that is required in the expired contract between the city and NOHC, LLC.”

Benoist believes better financial reporting by municipalities in general, not just regarding the convention center, is vital if Natchez is to rebound economically.

“The mayor inherited quite a mess,” Benoist said. “They’ve worked hard and I believe that they are making some progress on this financial reporting. But it is my belief that if we do not, here locally, force our public elected officials to do a better job of financial management and reporting — and I’m talking about the county, the city and the school board — then we are not going to have a chance to survive as a community.”