Cathedral running back has helped spark team to 3-0 start 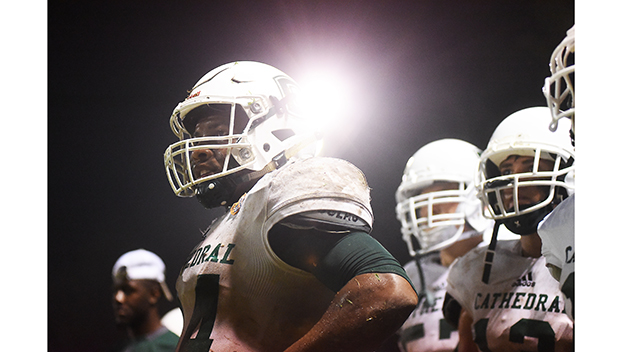 Cathedral High School senior running back Greg Moore Jr. has rushed for 800 yards and 10 touchdowns through his team’s first three games of the year. (Nicole Hester | The Natchez Democrat)

“He is the igniter for what we do,” Darbonne said.

And through the Green Wave’s first three games, Moore has his team’s offense catching fire.

Cathedral is off to an undefeated start, scoring more than 40 points in each of its contests, including a 41-14 win over Trinity Episcopal last week.

“We’ve been playing as a team,” Moore said. “We’ve had mistakes at times, but overall I’m happy with how things are going.”

The senior runner has more than enough reasons to be pleased with his team’s start.

Moore has rushed for 800 yards and has scored 10 touchdowns through his team’s first three games.

“Whenever Greg’s churning it out, the other kids seem to be playing harder,” Darbonne said. “That’s the main thing we’ve seen so far.”

While Moore has enjoyed a breakout final campaign, things haven’t always gone as planned for the 5-foot-9, 180 pounder.

Moore ran for just 534 yards last year and began this season with two first-half fumbles in the opener against Brookhaven Academy.

“My team and the coaching staff really helped pick me up,” Moore said. “They said I was thinking about it too much. Once I took care of the small stuff, everything else took care of itself.”

Darbonne said the biggest difference this year from last for Moore is simply experience.

“I think one of the things he understands better is blocking schemes, which adds to his confidence,” the second-year coach said. “I think (last year) he was running without a purpose, and he gained from the experience from the year before.

“We haven’t even used a him as a receiver this year, and he’s excellent at catching the ball out of the backfield. He just runs so hard and keeps his legs churning.”

Moore said his ups and downs have helped shape him into the player he is today.

“It’s been a long time in the making. For most of my career, I’ve been in the shadow of people, but I’ve kept working hard thinking it would pay off, and it’s now coming to light.”

Moore is the son of Rhonda and Greg Moore Sr.

Cathedral will look to improve to 4-0 this Friday night when it hosts Amite School Center.

“We have to keep the train rolling,” Moore said. “This is the most unified team I’ve ever been on. If something bad happens, we say it was a bad mistake, and we just have to shake it off and play the next play. And that’s a great thing to have. The only thing that can stop us is ourselves.”

Green Wave use fast-break to blitz past East Rankin 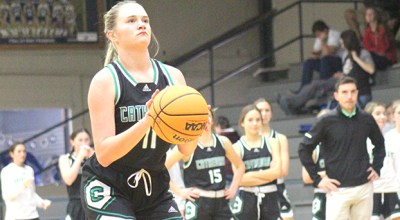 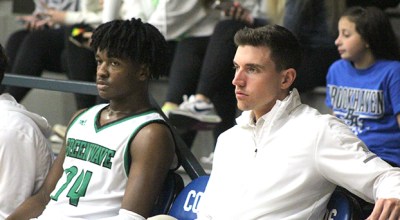 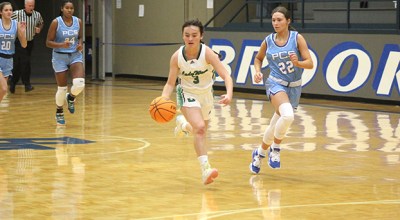