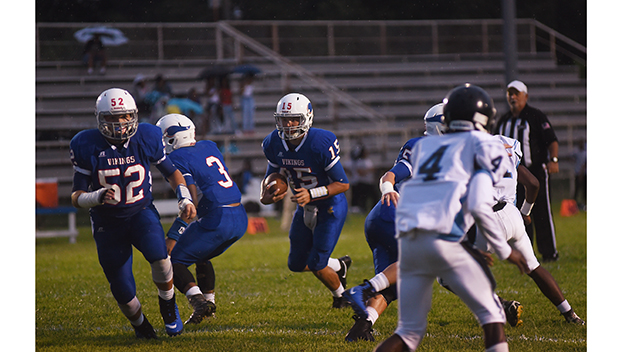 The grizzled coach will look to add another win to his résumé as the Vikings eye win No. 2 on the year this Friday at Delhi.

“They’ve got athletes and a half. If they get going in the right direction, they are going to be tough to stop,” he said. “It’s going to be a challenge for our 5-foot-6 defensive backs. We’re going to have to get after the passer.”

Vidalia (1-0) enters the matchup after getting past Sicily Island last week, 34-6.

“We were pleased with the effort,” Faircloth said. “We did a pretty good job overall, but we made some crucial mistakes, like roughing the passer on a third-and-36, stuff like that. How can we do that? But, we did.”

Delhi, meanwhile fell on the road to Mangham, a district rival of Vidalia, 33-6.

“They didn’t do as bad as the score indicates,” Faircloth said. “It’s going to be a challenge for us.”

Fairlcoth said he and his squad are not taking the Bears lightly. He said Vidalia has had its struggles with Delhi in the past, particularly in 2015 when the Bears outlasted the Vikings, 32-31.

“We always have a tough challenge with them,” he said. “We were down 24-0 in the first half in that game … They are going to be tough up there.”