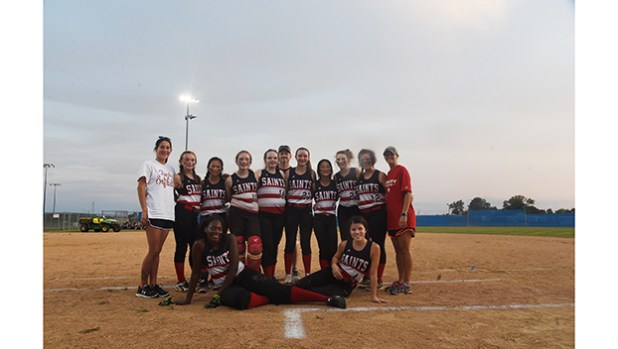 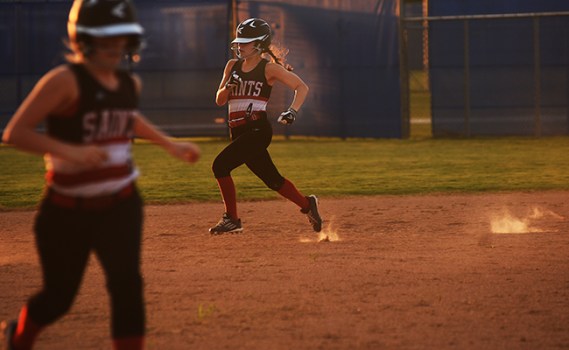 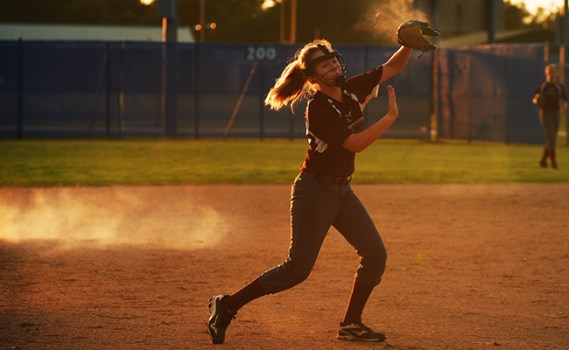 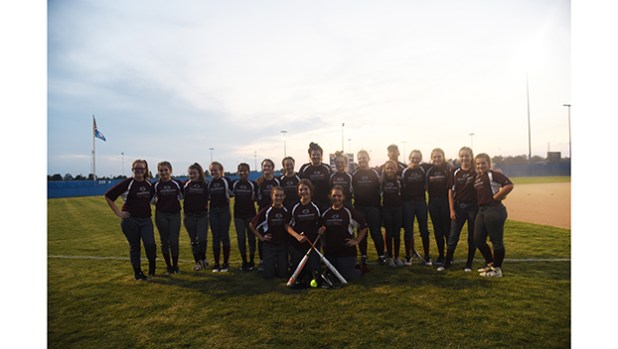 Trinity Episcopal rallied for three runs in the bottom of the fifth inning and Addison Jackson sent Wilkinson County Christian School down in order in the top of the sixth to give the Lady Saints a 4-2 win on senior night Tuesday at the Vidalia Recreational Complex.

Trinity (5-4) entered the bottom of the fifth hitless, but Lilly Drane and Jackson each came up with hits and Trinity took advantage of some WCCA miscues to piece together to rally back from a one-run deficit, 2-1.

“They just continued to work,” Trinity coach Jennifer Harrison said. “That’s we’ve been harping on all season. Do not give up and never quit. This is the second comeback they’ve had, so they know they’re capable of doing it.”

Trinity pitcher Addison Jackson was dominant throughout as she struck out 14 batters in tossing a complete game.

“She works hard at it. She works every day on her pitching,” Harrison said. “That adds a whole new level to our team.”

“I’m very proud of my girls. They’ve come a long way,” WCCA coach Ben Oliveaux said. “They came out wanting to play ball. They left it all out on the field. We played good ball.”

The Lady Rams managed to jump out to a 2-0 advantage after three innings thanks to a run-scoring single from Sammy Vines, and a second-inning run from Cassidy Yarbrough.

“They love to battle. They’ve battled all year,” Oliveaux said. “What I’ve stressed to them is to get out ahead. I’m very proud of them.”

Trinity will look to carry the momentum it established in this weekend’s State Tournament at Briarfield Academy in Lake Providence, La.

“These girls know that they can do it,” Harrison said. “They’re young and they get down a lot, but that just pushes them even more.”

Despite qualifying for the event, Oliveaux said WCCA would not be able to attend tournament because of a scheduling conflict.

“When we first came out to practice, it was a toss-up. I wasn’t expecting what they ended up showing me,” Oliveaux said. I’ve learned a lot from them and still learning from them. They’ve come out and fought all season long.”