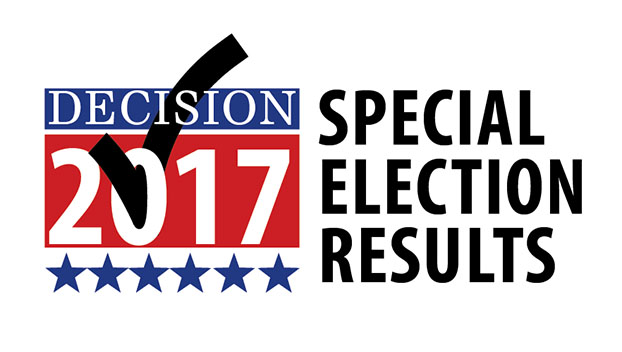 NATCHEZ — County voters elected a new prosecuting attorney Tuesday and chose two justice court judge candidates who will face one another in a Nov. 28 run-off.

Bryan Callaway with more than 50 percent of the vote won the county prosecuting attorney position, while Danny Barber and Eileen Mary Maher will be in a run-off for Southern District Justice Court Judge.

Alma Fletcher was running unopposed for District 5 Election Commissioner, and received 728 votes. Nine write-in votes were cast in that race.

A total of 4,881 or 26.5 percent of voters turned out countywide in the county prosecutor election.

In the nine precincts for the southern district justice court judge, 2,865 ballots were cast and 30.6 percent of registered voters turned out Tuesday.

Adams County Circuit Clerk Eddie Walker said turnout was higher than he anticipated, though it was a lower than a typical countywide election.

“In a countywide election, we normally have 40 to 50 percent turnout,” Walker said. “To me, that’s dismal, everyone should vote.”

Callaway could not be reached for comment. Callaway has more than 27 years of litigation experience.

“I’ll just have to get out and beat the bushes and see more folks,” Barber said. “I have to put my experience out there and all I can do for the people.”

Maher, a defense attorney and a board-certified psychiatric mental health nurse, thanked the residents for voting for her.

“I will be back at it tomorrow morning,” Maher said. “I am glad to be in the runoff.”

Barber said when he was out campaigning, people were more concerned about crime and the way bonds are set. “We have got some serious crime going on around here,” Barber said. “If I get back in there, I will address it very strongly.”

Maher said when she campaigned people were also interested in asking her about crime, but also her background. Maher was previously the city prosecuting attorney for municipal court and is now the public defender for the court.

“People were very friendly,” she said. “It was very encouraging.”

Maher has also talked about addressing the rise in gun violence in the community, suggesting repeat offenders committing crimes while out on bond or probation should be held without bond.

Walker said the 233 absentee ballots, which have not been counted, should not change the outcome of the election.

“Those votes won’t shift the balance,” he said. “As a rule of thumb, absentee ballots mirror those of the election.”

The justice court judge is the ultimate court for misdemeanors, sets bonds for felonies and can handle some civil cases.

The two positions are open after former justice court judge Charlie Vess and former county prosecutor Barret Martin retired before their terms had been completed.