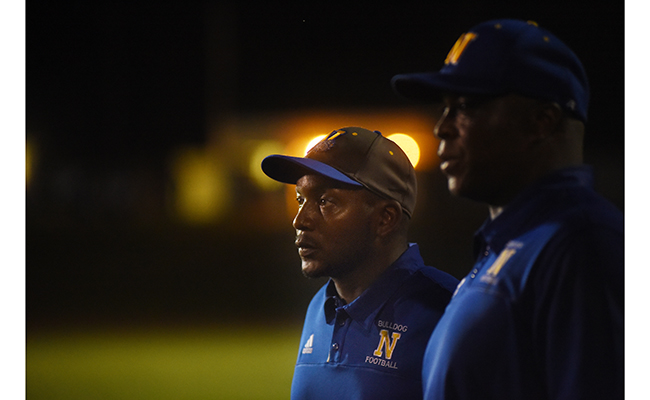 Natchez High School won’t be playing a football game tonight, having just missed the playoffs when it lost to Laurel on the road last Friday.

Bulldogs coach Roy Rigsby said while the program has made a great deal of improvements in his second year at the helm, there is equally as much work to still be done.

“I don’t want to rest on progress,” he said. “Progress is something we have seen and everybody knows, but it is not the goal. Progress is mandatory.”

Natchez ended this year with a record of 6-5 — the first winning record the Bulldogs have had since 2012.

Reflecting on his feelings after ending last season at 1-10, Rigsby said he doesn’t feel much different this year.

“I remember exactly what it felt like. There was frustration and you just reach for anything that could possibly get you back winning,” he said. “The first thing you have to do is evaluate the season — the staff, the players, situations and circumstances you were in. You look to see if you can change any of those, but you don’t want to make any changes unless you’re doing it for the best.

“This year, we saw some positive things. It brings a little bit of comfort but not a lot. In this profession, you want to be the best. That’s the standard.”

The Bulldogs were led by 22 seniors, including third-year starting quarterback Chris Scott among a pack of other playmakers.

“It is good to see the way we go about our business is starting to change,” Rigsby said. “Just because you’re not playing ball doesn’t mean you’re not prepping. You learn through the process of progression.”

While Rigsby said his players have shown development mentally, he has also experienced a change.

“I shoot to win a state championship. That might be farfetched for this program, but that’s what I envision as a head coach.”

Though Rigsby is shooting high, he does know it will take time. One of its biggest faults, he said, was falling in close games.

The Bulldogs lost two district contests in October by one score — 20-13 to North Pike and 42-35 to South Jones.

“We have to learn how to win the close ones,” he said. “We have to be detail oriented, do the small things. We have to continue to harp on that.

“It takes time to build, and hopefully we will continue to go in the right direction.”

Moving forward, Rigsby said he is looking forward to next season.

“There were a lot of good things this year. I feel like we are getting there, but we aren’t there yet,” he said. “I am excited for the changes we have coming.”