Local businessman named to Top 30 under 30 list in country 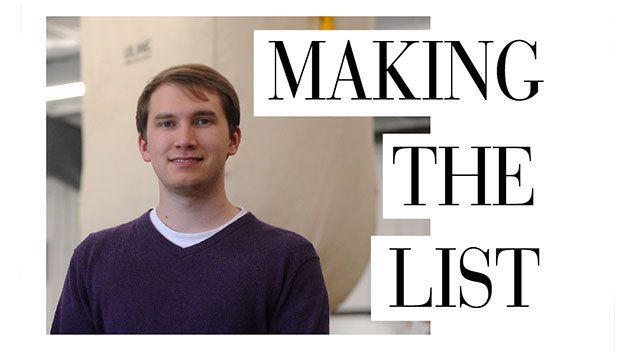 VIDALIA — A local entrepreneur has gained national recognition, earning a spot on Forbes Magazine’s list as one of the country’s brightest business minds.

Tance Hughes, founder of Southern Designs in Vidalia, discovered Monday he had made Forbes’ 30 Under 30 list for 2018, which highlights some of the “brightest young entrepreneurs, innovators and game changers,” in the country.

The 30 Under 30 actually consists of 600 names, with 20 different categories that each consist of 30 names.

Hughes, a 27-year-old Miss-Lou native, made the magazine’s Manufacturing and Industry category.

“We see it as a marketing tool for us,” Hughes said, “If Forbes Magazine says you’re doing something right, then in the eyes of any prospective customers, it’s like, ‘Well, these guys must be pretty legit.’”

But Hughes refused to claim the honor for himself.

“It’s really a team thing,” Hughes said. “It’s not about me or anybody else specifically. We’ve got a good group of people here … it takes everybody.”

“(Seth) does production stuff that I’m not good at at all. I can’t build things and make things work (like he does.)”

The two Hughes brothers did not waste time before entering the industrial world. Tance started the company at 17 years old. Seth, who would also come aboard, was just 15 years old at the time.

“We complement each other perfectly,” Seth said. “We haven’t come across anything we can’t tackle together.”

Southern Designs manufactures home décor and signage products out of a variety of materials. The company has made long strides in recent years. Just four months ago, Southern Designs landed its products on Walmart’s shelves. In August, the company was named to Inc. Magazine’s list of the 5000 fastest-growing private companies in the United States, claiming the No. 558 spot on the list with a three-year sales growth of 807 percent.

Tance Hughes said the opportunity with 30 Under 30 presented itself when he visited Walmart headquarters in Bentonville, Ark., while working to get his product on the retail giant’s shelves.

While there, Tance said he met a Forbes writer, who encouraged him to apply for the magazine’s upcoming list.

Months following the encounter, Tance said he received an e-mail early last week letting him know he had made the cut.

“It’s a good honor for our business,” Tance said. “It shows how much success we’ve had here.”

The company aims to bring prosperity to an area in need of industry. One positive attribute of Southern Designs, Tance said, is that their company brings money into the community rather than just reshuffling Miss-Lou dollars.

“Most businesses around here are recycling dollars between each other … but here, all of our money is new money injected into our local economy,” Tance said. “It’s important to note that we’re also, I would say, investing more money into the economy than the average job or company because of that feature.”

The Hughes story is defined by its surroundings. From start to finish, the company’s motivation has been the community. Now that Southern Designs has gained a head of steam, Tance hopes the story can come full circle by providing jobs to youth in the community.

“It’s good that we’re able to provide jobs here. Specifically, opportunities for younger people as well to come back home if they wanted,” Tance said.

The burgeoning business is now gearing up for the holiday season, and the production team has been working almost non-stop to meet demand.

The company had shipped out 800 orders Wednesday — approximately triple of what Tance estimated for a typical day.

“Since last year we’ve made a lot of improvements,” Seth said. “We got new equipment, (and) the processes are a lot more simplified. We’re just able to pump it out a lot more.”

For those interested in the company, Southern Designs will also be hosting a 12-hour Facebook Live marathon from midnight to noon on Black Friday.