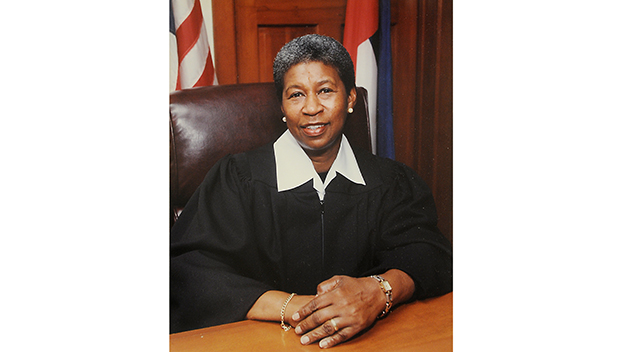 NATCHEZ — People who remember Mary Lee Toles called her a leader, a mentor, a trailblazer and a people lover.

When Toles died Friday morning, she left a trail of people whose lives she had touched.

Between her 25 years as an Adams County Justice Court Judge to her off again on again presidency of Natchez NAACP, Toles had the opportunity to lead a broad-range of the Natchez population.

Toles loved many people in her life, and she loved them deeply, former Natchez Mayor Phillip West said.

West approached Toles with the suggestion that she serve as justice court judge in 1982.

Even back then, West said he could see that she was special.

“She was such a unique person,” West said. “She was dedicated not only to the community but to her family.”

West said he and Toles would often talk for hours on the phone about the past — and future — of Natchez.

“She was so dedicated to everything she was involved in,” West said. “The community will miss her, and my heart is broken.”

Toles was the kind of person, Mayor Darryl Grennell said, who thought deeply about her words.

Toles ran the Black Magnolia Book Club out of her home for years. Grennell was a member of the club.

“We would always listen to her analysis of the book,” Grennell said. “No matter what, her perspective was always different. She saw things differently.”

This consideration, Grennell said, extended to how she treated others.

Early in Grennell’s career, Toles gave him a gift. The photo was a framed, matted image of Billie Holiday. Toles knew that Grennell was an avid fan of traditional jazz, but the photo had a deeper layer of meaning, Grennell said.

Jaqueline Marsaw knew Toles as the NAACP president, but also as a mentor and friend.

“She took me under her wing,” Marsaw said.

She was the grandmotherly type, Marsaw said, always slipping money into your hand when she thought no one was watching.

If she had not heard from you in a few days, Marsaw said, she would call and leave a message.

But her quirks, Marsaw said, just made her easier to love.

While Toles was in the hospital this last time, Marsaw said she wanted to see her, despite the rules saying only family could visit.

“I snuck in twice,” Marsaw said. “I just wanted to see her.”

That was the last time she would see her friend and mentor.

“We kept hoping,” Marsaw said. “She will be missed.”

For a brief time in 2016, Toles served as interim alderwoman.

By that point, Ward 1 Alderwoman Joyce Arceneaux-Mathis said, Toles did not want to come back into politics.

She did it, Arceneaux-Mathis said, because she cared about the community.

Arceneaux-Mathis said she first remembers Toles as being a trailblazer. Toles was the first female African-American justice court judge in Adams County.

“She had a vision,” Arceneaux-Mathis said, “for herself, for this town. This community will feel this loss deeply.”

In her capacity as judge, Charlie Vess, who served alongside Toles as justice court judge, said she was equally as thoughtful.

When Vess first became a judge, he said Toles was his mentor. She thought deeply about her verdicts before she handed them down, Vess said, waiting until she was sure of her opinion.

“She taught me a lot,” he said. “She was one of Natchez’s finest people. I’m just devastated.”

Sometimes, Vess said, he and Toles would have a difference of opinion. Those disagreements never kept them from being friends and working together, though, he said.

“We had differences,” he said, “but we both just wanted what was best for the community at heart.”

Vess said he had been planning to go to lunch with Toles.

Vess said if he gets into heaven — where he said Toles must surely be — the first thing he would like to do is take his old friend to lunch.