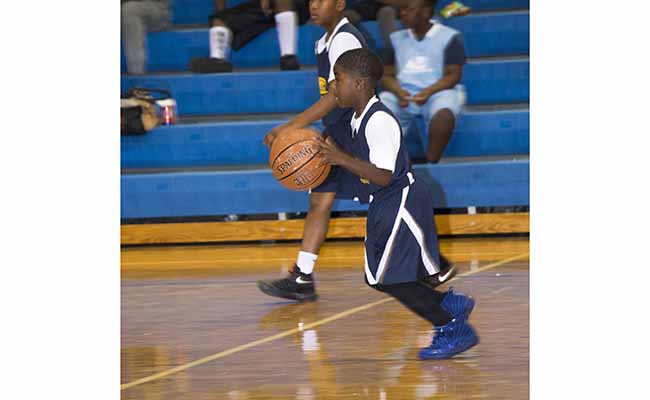 A player from last year’s 2nd2None youth basketball league dribbles down the court. Registration for this years league will begin from 9 a.m. to noon Saturday at McLaurin Elementary School in Natchez. (submitted photo)

In addition to this year’s regular games, Patrick Davis is adding an extra component to 2nd2None’s youth basketball league.

“I’m planning on bringing in high school coaches from schools in the area,” he said. “Them interacting with the coaches will hopefully give them more experience. I’m really hoping they get to learn the ins and outs.”

By bringing in the help, Davis said, he has an idea for the coaches to also stress the importance of education.

Registration for the league begins from 9 a.m. to noon Saturday at McLaurin Elementary School. Afterward, interested participants may sign up at SportsCenter until Jan. 1.

The first camp is scheduled for Jan. 6.

The league is for girls and boys ages 5 through high schoolers. The cost is $50 and includes full uniforms, insurance, a trophy and playing time in a minimum of 10 games.

As he hopes the youth will continue to grow, Davis said he is eager to see how many players are to sign up this year.

“I’m excited about the turnout,” he said. “After the championships, all-stars chosen by coaches will be put on travel teams, too.”

By the end of the season, Davis hopes the players develop, so they can be ready for the next level, he said.

“I just hope they improve and become better basketball players,” he said.