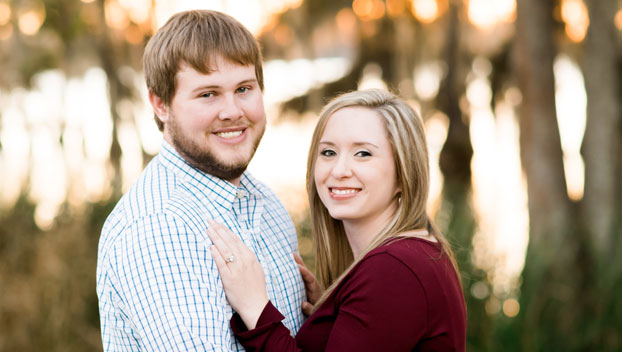 The bride-to-be completed The Bob Jones Academy of Home Education Program. She is employed by Concordia Bank and Trust Company in Vidalia as a customer service representative.

She is the granddaughter of Mr. and Mrs. Herman John Stuckey of Vidalia, the late Mr. James Menton Burr Sr. of Vidalia and the late Mrs. Nell Burr Cooper of Vidalia.

The groom-to-be is a graduate of Huntington School, Louisiana Tech University in Ruston, La., and Mississippi College in Clinton, where he earned a master’s degree in business administration. He is the owner of BeeHive Homes in Youngsville.