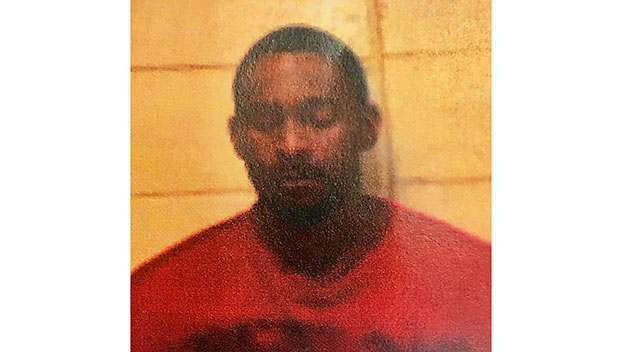 FERRIDAY — A Ferriday man was arrested Monday after video surfaced appears to show him repeatedly striking a child with a belt and shaving her head as a form of punishment.

Alex J. Harrison, 30, 800 Martin Luther King Boulevard, was arrested Monday on a probation and parole hold for cruelty to a juvenile.

In the video, which was made publicly available on Snapchat, Facebook and YouTube, a man in a red shirt who police believe to be Harrison stands with a long brown belt wrapped around his hand above a young girl who is kneeling by a couch. The man hits the child more than 50 times in the video that was posted to Facebook.

As the man in the video brings the belt down and the little girl screams, another person who is filming the incident yells insults and encourages the man with the belt.

Another video following the first shows the little girl on a chair in what appears to be a kitchen as the same man takes out an electric razor and shaves her head.

The girl puts her head in her hands as the two men present continue to yell.

“You want to act like you grown?” the man behind the camera said. “You ain’t grown.”

In a final video uploaded to Facebook, an unknown speaker yells at the girl, who is crying with a partially shaved head on a couch.

“Look at me,” the speaker said. “This is what happens when you get grown. You see that? … This how you do, huh? Look at the camera.  This is what you do. Now go in there and get yourself together. See if you want to be grown.”

At the end of the Facebook video, the little girl exits the room still crying. Someone off camera laughs.

Ferriday Police Department Detective Richard Madison said he could not speak to the content or nature of the video or discuss the details of the case because the matter is still under investigation.

“After reviewing the video,” Madison said, “from my experience in this business, we determined that the child was abused.”

Madison said he would not release any details of the girl — such as her age or relationship to Harrison — because she is still a juvenile.

“We determined from video evidence and witness testimony that the subject committed a serious crime,” Madison said.

Other arrests in the investigation could be pending, he said.

Harrison appears to be active online with accounts in his name on a number of social media sites, various dating websites and a personal website that contains several images of Harrison partially or completely naked. Videos on his website show him engaging in sexual intercourse with various women.

Harrison was arrested on Aug. 25 for driving under suspension, and three bench warrants for failure to appear in court.

He was arrested on May 2, 2015, on a charge of a protective order violation.

He was arrested on April 28, 2012 on charges of convicted felon in possession of a firearm, illegal discharge of a weapon and obstruction of justice.

“There is a proper way to discipline children,” Stevens said. “This was above and beyond that. This was abuse.”