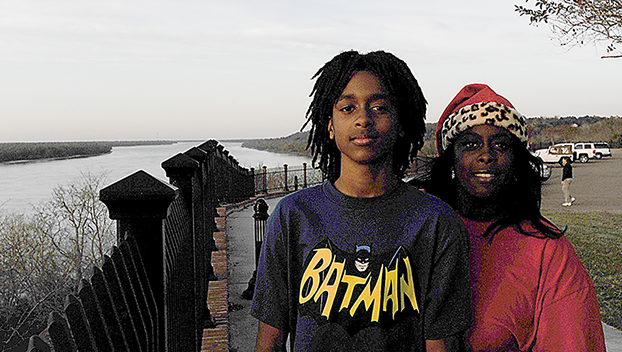 On Nov. 27, that love of mathematics took Lewis to Washington, D.C., where he joined students from all over the United States in the Jobs for America’s Graduates math competition.

Lewis, a small and athletic 15-year-old, sat in a large ballroom with 102 other students and worked on his test.

Some of the equations, he said, were more complicated than any he had ever seen.

The competition was timed; the first student to turn in the most correct answers would be declared the winner.

Though Lewis did not place this year, Lewis said he plans on getting another shot.

Four students from the Natchez-Adams School District attended the Jobs for America’s Graduates trip, but only Lewis competed.

Miram James, who escorted the students, said she was proud of Lewis.

“My baby took his time and made sure he was accurate,” she said. “He’ll be ready next year.”

James said Lewis would represent Natchez again in the spring in the Jobs for Mississippi Graduates math competition.

“He is a very good student,” James said. “He’s the president of the Career Association and he’s just very polite and respectful. The future is very bright for that young man.”

The trip to the nation’s capital was Lewis’ first and his first time flying.

While there, Lewis toured the Abraham Lincoln and Martin Luther King Jr. memorials, went to the Pentagon, visited the Capitol and walked along D.C.’s storied streets.

“I really liked it,” Lewis said. “We walked almost everywhere we went.”

One of his favorite parts, he said, was walking in Arlington National Cemetery.

The huge fields of stark white headstones, he said, were awe-inspiring.

Lewis said he loves traveling and, when he graduates from college, he would like to spend some time as a truck driver.

Going somewhere all the time, he said, is appealing.

“That really appeals to me,” Lewis said. “I like working on cars and trucks, and I like traveling.”

While there, Lewis brought home a shirt for his mother, Tonisha Lewis.

“It was really hard to let him go,” she said. “I don’t have to worry about him; he’s my good child. But a mom worries.”

Tonisha Lewis said she called Jairyn several times each day, just to make sure he was safe.

In the end, though, Tonisha Lewis said she was happy Jairyn got to go.

“Mrs. James took good care of him,” she said. “And it’s such a good experience.”

The shirt Jairyn brought his mother is pink with brightly colored lettering that spells out “I love D.C.”

“I just wanted to bring her something,” Jairyn Lewis said. “Since she couldn’t come.”

Tonisha Lewis said thinking of others is typical of Jairyn.

“You couldn’t ask for a better son,” she said, smiling at him.