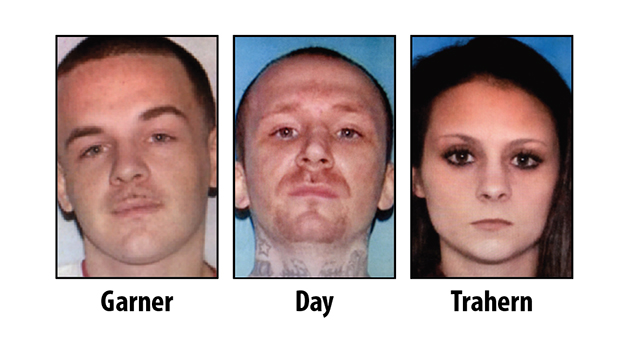 NATCHEZ — Two suspects have been arrested in connection with an alleged murder of a county man last Friday.

Three suspects remain at large, including one wanted for murder.

The sheriff’s office reported Martin was found with a fatal gunshot wound to the chest.  Deputies reportedly observed at the time Martin had suffered at least two gunshot wounds.

An AMR ambulance transported Martin to Merit Health Natchez, where he was later pronounced dead.

Victoria Jenise Granier-Perry, 45, 489 Cranfield Road, and Charles Michael Nettles Sr., 53, 115 Kaiser Lake Road, have each been charged with accessory after the fact to murder.

Green said Granier-Perry and Nettles were at the scene the night of the incident and brought in for questioning, but the arrests occurred Sunday after they had allegedly not been completely forthright.

“They had information that they did not turn over to officers,” Green said. “After further investigation, (deputies) found out that they knew more than they had told officers.”

As of Monday at approximately 2:10 p.m., both were being held at the Adams County Jail without bond pending arraignment.

The two remaining suspects — Anthony Day and Cassandra Trahern — are also wanted for accessory after the fact to murder.

The sheriff’s office reported the following descriptions for each suspect:

Anyone with information about these subjects or their whereabouts is asked to contact the Adams County Sheriff’s Office at 601-442-2752.