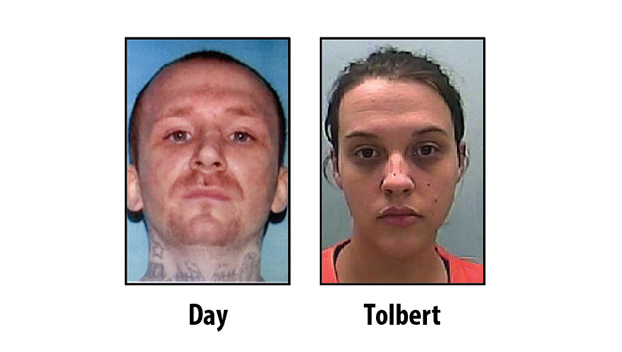 NATCHEZ — Two suspects have been arrested in the alleged murder of an Adams County man, though investigators’ primary suspect for the crime remained at large as of Tuesday night.

Anthony Day was arrested Tuesday afternoon on a warrant for accessory after the fact to murder, Adams County Sheriff Travis Patten said. Day was wanted for allegedly withholding information from deputies about the identity of the alleged murderer.

Patten said the department has also arrested Day’s girlfriend, Kimberly Brooke Tolbert, for accessory after the fact to murder. Patten placed Tolbert at the scene of the alleged crime on Woodman Road, where a county man was found lying dead in the front yard of his friend’s residence.

Yesterday, the sheriff’s office named 28-year-old Isaac Garner as the suspect. A warrant for murder is currently out for Garner’s arrest.

Patten said he had no update on the search for Garner at this time.