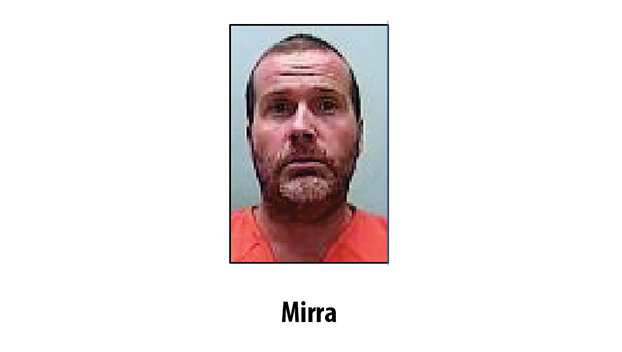 NATCHEZ — A Natchez man was arrested Monday charged with having sex with a child.

David Carrol Mirra, 40, 118 Magnolia Acres Road, was charged with statutory rape after an alleged sexual encounter with a minor child.

Brown said the incident happened in November 2017, but was not reported until January.

The incident allegedly happened while the minor was staying with relatives during Thanksgiving break. Brown said the victim was a young girl, less than 10 years old. He said investigators believe alcohol was involved in the incident.

Brown said after the incident, the minor told a friend what happened.

The friend told the victim’s parents, who made a report with the sheriff’s office.

Mirra was being held in the Adams County Jail without bond Tuesday afternoon.