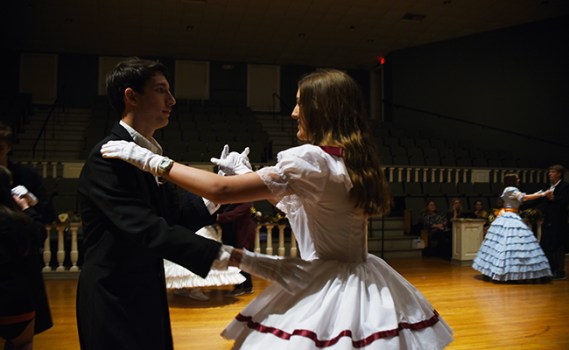 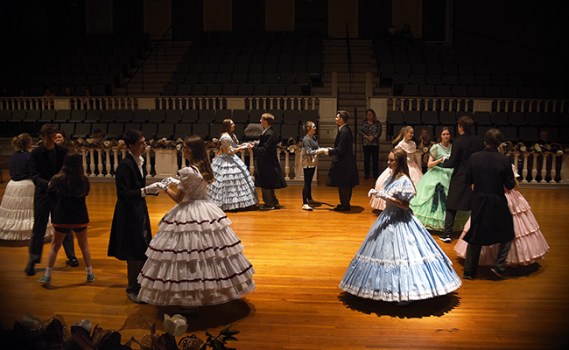 Pairs of dancers practice their polka during a dress rehearsal Saturday at Natchez City Auditorium.(Nicole Hester | The Natchez Democrat) 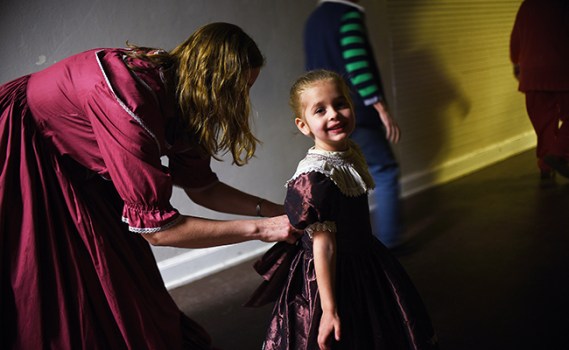 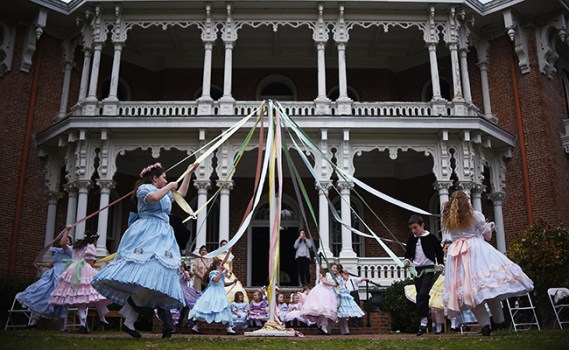 A group of dancers circle the may pole during a dress rehearsal at Longwood. (Nicole Hester | The Natchez Democrat) 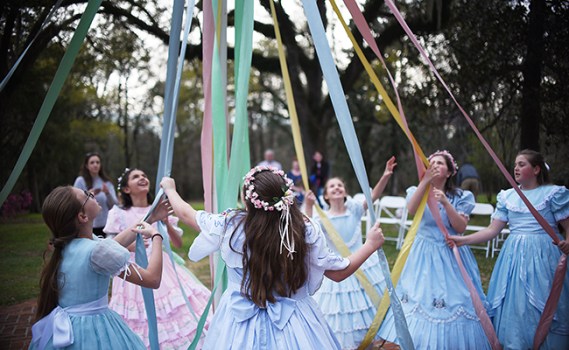 A group of dancers circle the may pole during a dress rehearsal at Longwood. (Nicole Hester | The Natchez Democrat)

Natchez — For more than 70 years, the Natchez Garden Club and the Pilgrimage Garden Club have been regular dance partners on the Spring Pilgrimage dance floor. Last year, the two partners decided to hold onto their dance cards and go solo, leaving each to produce separate evening entertainment offerings for tourists.

For decades, the two clubs treated Spring Pilgrimage visitors to an evening of music and pageantry, thanks to the volunteer efforts of members from both clubs.

Since shortly after the first Spring Pilgrimage in 1932, visitors to Natchez have been entertained with historical pageants. The annual productions depicted the history of Natchez and included old-fashioned balls. For a brief period after the Pilgrimage Garden Club was formed, the two clubs hosted separate evening entertainment. In the 1940s, the clubs decided to work together to produce a pageant of storytelling, song and dance for visitors.

Now, after seven decades, the Pilgrimage Garden Club decided last year to part ways and produce its own form of evening entertainment — different from the Historic Natchez Tableaux. PGC leaders said they wanted to create something that resonated with the current generation of tourists.

Although the Tableaux had improved in recent years with revisions by local author Greg Iles and Natchez Garden Club member Chesney Doyle, the Pilgrimage Garden Club organizers decided the traditional pageant no longer was popular with today’s tourists.

“What worked in the past is not relevant in today’s world,” PGC President Regina Charboneau wrote to club members in September.

Something fresh and new

Since September, PGC members have been busy developing a program they believe will not only attract tourists, but also will further the mission of the club to preserve its historic properties for the continued enjoyment of the thousands of tourists who travel to Natchez each year.

For five nights, the antebellum house Longwood will become the backdrop for A Royal Evening at Longwood, an evening event that will include dance, music and a champagne toast under the unfinished dome of the house.

Charboneau said PGC has been considering ways to create events that highlight the club’s properties, similar to the summer concert series “Longwood in the Afternoon,” which uses Longwood as a backdrop for an outdoor rock concert.

“We constantly are reinventing ourselves,” Charboneau said. “The purpose of the Garden Club is preservation. Using our properties to bring in people and entertain them is great for our houses and for bringing people to Natchez.”

A Royal Evening at Longwood will tell the story of Natchez through the story of house’s former owner Julia Nutt. Judy Wiggins will narrate Nutt’s story in a character portrayal. Similar to the Historic Natchez Tableaux, Nutt’s story will be punctuated by small vignettes.

“The vignettes will be smaller and shorter (than the Historic Natchez Tableaux),” said Tracy Gammon event co-chairman. “The night will tell the story of Natchez and how Longwood became such an important antebellum house.”

Like the Historic Natchez Tableaux, children will perform little and big maypole dances. The Polka, Soiree and Can-Can dances from past pageants will also be reprised.

Gammon said tourists would watch the event from tables set up in front of the historic house. Blankets also will be spread out on the lawn from which children and others can watch the event in the outdoor setting.

In the event of rain, the presentation will be moved inside the house, Gammon said.

The production will end with a presentation of the king and queen and their royal court.

Afterward, guests will be invited to a champagne and dessert buffet reception under the house’s unfinished dome.

Gammon said A Royal Evening at Longwood is a great way to showcase one of Natchez’s great antebellum houses.

“(The importance of this event is) to learn the historical significance of this town, why the preservation of these homes is so important and why Natchez is such a great destination to come and visit,” Gammon said.

The Pilgrimage Historical Association also will host the annual Save the Hall Ball from 9:30 p.m. to 1 a.m. on March 31 at Stanton Hall. Gammon said proceeds from those events would be used to renovate and restore both Stanton Hall and Longwood.

All tickets can be purchased at the Natchez Visitor Reception Center.

While the Pilgrimage Garden Club is creating a new event this spring, the Natchez Garden Club has decided to honor tradition by continuing the Historic Natchez Tableaux.

Friday evening, tourists will once again make their way to the Natchez City Auditorium, on the corner of Jefferson and Canal streets, to participate in the event that is 80-years in the making. Natchez Garden Club leaders decided to continue to produce the Historic Natchez Tableaux — an all-volunteer production that features a series of dance and music numbers that help tell Natchez’s story. Scenes will trace the history of Natchez from the Natchez Indians up to the Civil War, NGC president Jennifer Smith said.

“It is fresh and revived while keeping up with facts and historical aspects,” Harris said.

Smith said the event is a labor of love for all of the volunteers who have been working hard to provide tourists with evening entertainment during their stay in Natchez.

“It’s a way for members’ children to participate in different dances as we go through the evening,” Smith said. “We’ve been working for months.”

The Historic Natchez Tableaux will begin at 7:30 p.m. Friday and Saturday and will repeat March 23 and 24 in the city auditorium. Tickets are $12 for students and active military and $15 for adults.

Smith said the Tableaux is important to Natchez because it is an old tradition that involves the community and should be supported by the community.

“The Tableaux is an event that is near and dear to Natchez,” Harris said. “It should be special to local people because the money goes back into our local town.”