Natchez man charged in federal indictment on drugs, guns and more than $1M 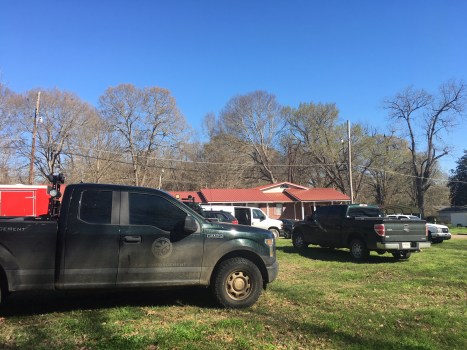 NATCHEZ — A Natchez man is facing federal drug charges after FBI, special agents and law enforcement from throughout Mississippi say they found a hoard of drugs, money and guns in his Johnson Street residence.

Federal and state agencies announced today Kevin Singleton, 40, 301 Johnson St., Natchez, will face charges of distributing and trafficking large quantities of drugs after more than $1.1 million in cash and a cache of narcotics were seized in his residence.

Singleton appeared in court at 1:30 p.m. Thursday in Jackson for arraignment, where his court date was set for 9:30 a.m. June 4 in the federal courthouse in Natchez. Judge David Bramlette is assigned to hear his case.

The Adams County Sheriff’s Office, which played an integral role in the investigation, said Thursday that this operation has been in the works for more than a year.

“When an agency investigates someone that has Singleton’s resources and is able to distribute the amount of drugs that he was responsible for distributing not just in Adams County but the Miss-Lou area, people will be astonished,” Sheriff Travis Patten said.

“I cannot release any details at this moment because the case is ongoing but it is by far the largest seizure of money and drugs in the history of Adams County that was seized from his residence and during this case.”

Federal and state law enforcement officers joined county sheriff’s deputies in executing a search warrant on March 2 in six locations throughout Adams and Franklin counties; one of the locations was Singleton’s residence.

The indictment states that inside Singleton’s house, law enforcement officers “seized large quantities of heroin, cocaine and methamphetamine, in addition to approximately $1.1 million in cash and three firearms.”

Law enforcement officers said they discovered and seized more than 1 kilogram (approximately 2 pounds) of heroin, 5 kilograms of cocaine and 50 grams of methamphetamine in the house. The maximum penalty for possession of that quantity of drugs is a $20 million fine and life in prison.

Officers also found a Glock .40-cal. handgun, a semi-automatic, AR-15 rifle and a revolver along with ammunition. Having previously been convicted of a felony offense, Singleton could not legally possess the firearms.

For the firearms charges, Singleton could be sentenced with an additional 10 years and a $250,000 fine.

Patten said he is proud of his deputies for their long hours on this case.

“There was a lot of long hours, numerous resources, and a lot of manpower that made this case possible,” Patten said. “I think it says a lot about the guys in the Special Operations Group to reach out and ask for help from these other agencies, they developed great relationships and have accomplished something that will have an impact on the Miss-Lou area for years to come.

“I look forward to releasing all the details about the case when I am able to.”

The indictment entities involved in the operation include: The U.S. Drug Enforcement Administration, the Mississippi Bureau of Narcotics, the Adams County Sheriff’s Office, the U.S. Postal Service, the Bureau of Alcohol, Tobacco, Firearms and Explosives, the FBI, U.S. Marshals Service, the Pearl Police Department, the Mississippi Highway Patrol and the Madison County Sheriff’s Office.