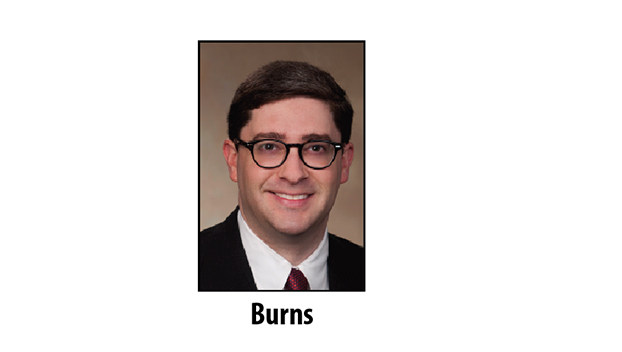 NATCHEZ — Natchez native Carter Burns has been selected to be the next executive director of the Historic Natchez Foundation.

The HNF board of directors voted Tuesday night to hire Burns, who will become the third director of the Natchez preservation organization.

Burns will succeed Mimi Miller who has been leading the organization since 2008, when her husband Ron Miller stepped down as executive director to lead restoration efforts on the Mississippi Gulf Coast after Hurricane Katrina.

Created in 1974, the nonprofit did not have an executive director until Ron Miller was hired in 1979 to lead the organization.

Burns, a 1998 graduate of Trinity Episcopal School, is the son of Adams County Tax Collector Peter Burns and his wife, Diane.

“I am very excited to have the opportunity to come back to my hometown and lead an organization I care about so much,” Carter said.

Burns will receive his master of historic preservation this May from the University of Georgia.

Carter said he looks forward to getting involved in the community “to preserve and enhance the irreplaceable assets that make Natchez Natchez.”

Although an official start date has not been set, Burns said he expects to start some time in the summer.

Mimi Miller said she is delighted that Burns has accepted the offer.

“My husband and I both have the highest opinion of Carter’s abilities and his character,” Mimi Miller said Tueday.  “Carter worked for the Historic Natchez Foundation all through his high school and college years.”

“We had hoped that he would one day seek a career in historic preservation and that day has come.”

Mimi Miller will continue to work fulltime for the foundation until the end of 2018. Then she will work part-time.

Currently, Burns is a board member of the Mississippi Heritage Trust  and a member of the National Trust for Historic Preservation.