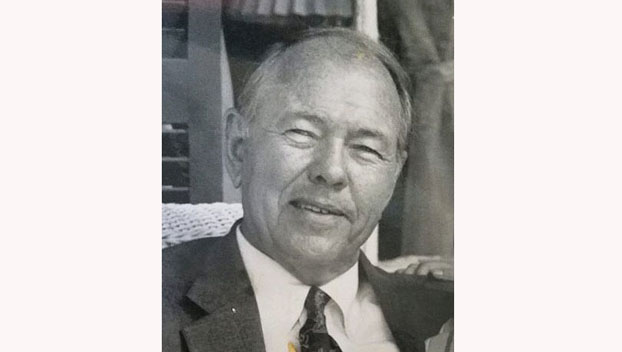 Graning — who was born in Natchez and lived in Jackson at the time of his death — was more than just a public servant, said former Natchez Mayor Tony Byrne. He was also a close friend, Byrne said.

“We served together for more than 20 years, and he was mayor pro-temp for a while,” Byrne said. “We had a lot of close personal contact because of that.”

Graning served Natchez as Ward 1 alderman for 24 years — from 1968 to 1992. In addition to working together during the civil rights movement, Byrne said both he and Graning shared a passion for sports.

Graning’s early life took him from his home in Natchez to Knoxville, Tennessee, and he attended both Baylor Military School and Natchez High School. After attending the University of Mississippi, Graning enlisted in the U.S. Air Force, where he was stationed in Newfoundland and Keesler Air Force Base in Biloxi.

Graning returned to Natchez in 1958. After that, Byrne said, Graning married one of his closest friends, Rose Kelly Junkin.

In addition to serving as an alderman, Graning was also president of the Natchez Swim Team and an active member of St. Mary Catholic Church.

Graning still has family in Natchez — including two sons, Ward and Tom Graning, who both own and operate Go Mart convenience store, a product of Graning Oil Company in Natchez.

“He led a full life,” said Graning’s youngest son, Tom Graning. “He loved family. He loved athletics, and he was an SEC official for 28 years.”

Tom Graning said he and his siblings were all avid sportsmen, a passion handed down by their father.

“We all played everything — tennis, basketball, baseball, cheer and swimming,” Tom said. “He took us on all the road trips and sports meets across the state.”

Tom Graning said the one thing he will remember most about Graning is the time he spent with his children: Kathy Graning, Sissy Graning Dicks, Ward, Jane Graning Weems, Margaret Beesley and himself.

“There are so many things (I’ll remember), but mostly the time he would spend with us,” Tom said. “He was a big part of everything we did. … He did things with us as a family, but took time for each one of us individually.”

As a public official during the peak of racial strife in Natchez, Tom Graning said his father was loved and respected by both whites and blacks.

“He was very well respected by all sides,” Tom Graning said. “He was the head chairman of the police commission for a while. … Everyone knew where he stood.”

“He remarried (Loretta Defoe Graning) and moved to Jackson a while back, but his roots are here,” Byrne said. “I don’t think that first board gets enough credit for everything they did. … He was a great public servant and a very close personal friend.”

A memorial service in celebration of Al Graning’s life will be from 5 to 7 p.m. Wednesday, Aug. 1, at the home of Ward Graning and his wife, Susan, at 105 Sergeant Prentiss Drive.

Four arrested in weekend murder of teen and unborn child

NATCHEZ — Four people have been arrested in connection to an early Sunday morning drive-by shooting that killed a pregnant... read more