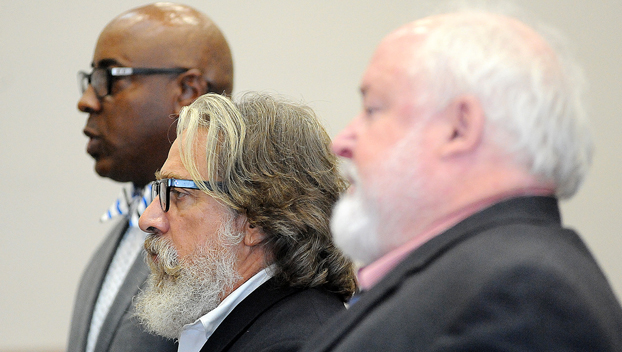 NATCHEZ — Natchez businessman Wilmer Howell “Dub” Rogers faces up to 24 years in prison after pleading guilty Monday to a charge stemming from an April 2017 drug bust that netted more than 21 pounds of marijuana, 30 weapons and more than $7,000 in cash.

Flanked by his attorneys Anthony Heidelberg and Kevin Colbert, Rogers, 61, pleaded guilty in Sixth District Circuit Court to possession of a schedule I controlled substance marijuana, more than 1 kg and less than 5 kg.

In April 2017, Rogers and David Anderson were arrested after a months-long investigation by the Adams County Sheriff’s Office Special Operations Group. At the time of the arrest, Adams County Sheriff Travis Patten said the street value of the drugs that were found were estimated to be more than $250,000.

Accepting Rogers’ plea, Circuit Court Judge Forrest “Al” Johnson said he wanted to delay sentencing until he had a chance to review Rogers’ current assets and any assets that may have been transferred since the April 2017 arrest.

Johnson said he would take into account Rogers’ clean criminal history. He said the court would also take into consideration any letters written on behalf of Rogers.

Johnson said the conviction carries a sentence between 6 years suspended to 24 years in jail and a fine up to $500,000.

Johnson set sentencing for 9 a.m. on Sept. 6 in the circuit courtroom at the Adams County Courthouse. Rogers will remain out on the original $100,000 bond until sentencing.

Before Monday’s hearing, Johnson said he previously denied motions made by Rogers’ attorneys to suppress evidence in the case.

Attorney’s argued that the search warrant for Rogers’ was illegally obtained; evidence was held for an inexplicably long time before going to the state crime lab and may have been tampered with; and that some of Rogers’ statements were obtained before being read his rights.

In his order, Johnson said video from a body camera shows that Rogers waived his right to remain silent or talk with a lawyer first and then proceeded to show officers where a large amount of marijuana was hidden on his property, “in a location where the officers may likely have never located without his help.”

“Citizens are allowed to waive their valuable rights to remain silent and talk with an attorney first, even if that decision is not an intelligent one,” Johnson wrote in his order.

The Dart: Dominoes games are a great way to make friends

NATCHEZ — Kenneth “Tree” Green has been playing dominoes all his life, and for 30 of those years he has... read more