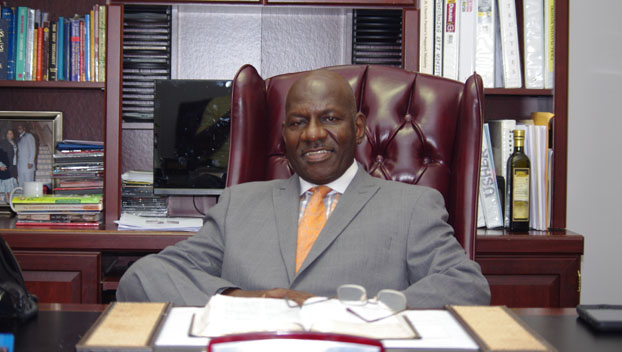 White will be inaugurated as the moderator of the Antioch Missionary Baptist Association, along with 30 cabinet members, 28 of whom are Adams County pastors, and two women, one a corresponding secretary and one a women’s director, during a ceremony and meeting of the Adams County AMB churches at 6:30 p.m. Thursday at the Natchez Convention Center.

Everyone is invited to attend and admission is free.

White has served as pastor of Pilgrim Missionary Baptist Church for 19 years, having been called to the ministry in 1994.

White said he had been the lead singer of a band called Combustion that included current Natchez Mayor Darryl Grennell and Adams County Board of Supervisors President Calvin Butler, among others.

“We performed many times in that band at conventions and the World’s Fair in New Orleans, and I knew that God had a calling in my life,” White said.

He left the band and later took his singing talent back to church where God brought him to the realization that he was being called to the ministry. He preached his first sermon in 1997 at Pilgrim Missionary Baptist. The church was then located on Cemetery Road, later moving to 117 Pilgrim Blvd. He was ordained in 1999 by AMB association.

He will celebrate 20 years of being pastor of Pilgrim Missionary Baptist next year, he said.

White has been active in the AMB association for eight years, serving a first vice-president under the leadership of Adams County AMB moderator John Scott, whose second four-year term is expiring.

White said he prayed for guidance as to whether he should run for the moderator’s position, got approval from his family and church congregation and threw his hat into the ring.

“I went unopposed, because the churches gave full confidence,” White said. “That was confirmation I knew God wanted me to occupy that position.”

The primary function of the AMB association, White said, is education of church lay member leaders and pastors in theological training.

White’s goals for his term as moderator are

1. To bring solidarity among churches because there is strength in unity (John 17:21).

2. To teach all of our association churches on subjects important to Baptist churches. “Teach them to observe all things” (Matt 28:20a).

3. To empower our youth. Youth are not only our future; they are now. Our focus should be on them. Train up a child in the way he should go (Prov. 22:6a).

4. To continue to navigate the course in which we will pursue pertinent issues concerning work. “Where there is no vision, the people perish.” (Prov. 29:18a).

“It is not often that you get both the national president and the state presidents in the same setting at one time,” White said.