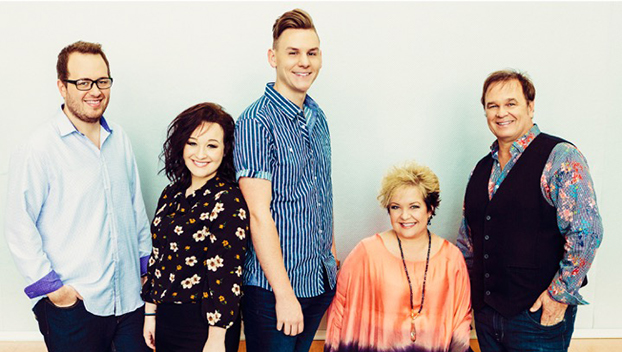 Faith and Family: Easter family to perform in Ferriday Sept. 7

FERRIDAY — The Easter family never stopped sharing a gospel of faith, hope and love through their music even as cancer crossed the path of one of the family members.

Now cancer-free, Sheri Easter and her family plan to share their message in song during a country and gospel concert at Ferriday Baptist Church, starting at 7 p.m. Sept. 7.

“This year in July, I’m celebrating 10 years cancer-free,” Sheri said. “We’ve just been very blessed. I can’t even list the blessings because God just opened all of the right doors.”

Sheri said she received her diagnosis around the Fourth of July holiday in 2008 when her youngest daughter Maura was 2 years old. For the Easter family, originally from North Carolina, traveling and sharing the gospel has always been part of their lives.

Both Sheri and Jeff came from gospel-singing families and started to travel and sing as a couple at the start of their marriage 33 years ago. The couple’s middle child, Morgan, and her husband, Landan, still travel with the family today while their oldest son, Madison, and his wife, Shannon, have branched out and have written songs on their own.

Sheri said the family faced a mountain of challenges while traveling internationally to concerts and raising three children before adding cancer to the list.

“Just like anyone else, I didn’t expect it,” Sheri said. “It was quite a shock. My husband and I have always worked together on all of our projects, and we just considered this another project and asked the doctor what we needed to do.”

Sheri said the doctor scheduled her surgery 10 days after her diagnosis, and then went through several rounds of chemotherapy. Through that battle, she still kept singing and telling her story, she said.

“I never missed a concert date other than the weekend of surgery,” Sheri said. “I’ve been very blessed.”

During her recovery, Sheri wrote a book and a song about her life and cancer journey, both titled “Hear My Heart.”

“The song ‘Hear My Heart’ was born out of that whole period of my life,” Sheri said. “That year of recovery, I had a little more quiet time and a little more sitting time so I started writing.”

The Sept. 7 show features Jeff Easter and his wife, Sheri, their daughter, Morgan, and her husband, Landan, and their cousin, Jared Easter. A $10 donation is suggested at the door.

They also have been since 1993 part of the Gaither Homecoming video series, which sold more than 20 million copies.

Sheri said the important thing about what they do isn’t singing in the spotlight, but the story and message they share along the way.

“Jeff and I both love people,” Sheri said. “If you love people, you’re going to spend your life serving. That’s just what we do. … When I was going through breast cancer, the one thing that I wanted to do is read other people’s stories to help me through that time. … Music is a wonderful way to do that — to give people hope. It’s a wonderful tool to make a difference.”