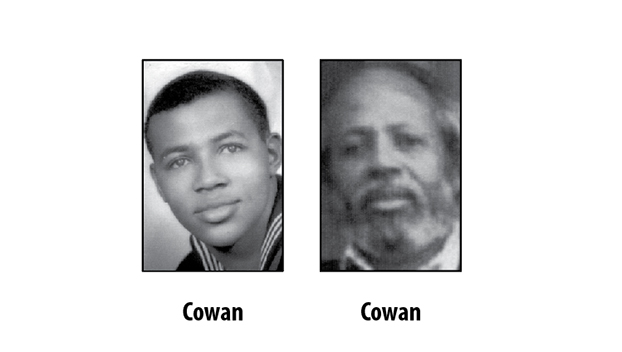 A memorial service has been planned and will take place in Los Angeles.

Mr. Cowan grew up in Natchez where he was born, the son of Ben Cowan and Isabella Maria Brown.

As a child, he loved animals and raised chickens, rabbits, ducks and dogs, all of which he considered his pets. He often commented on enjoying his childhood in Natchez.

He was a 1962 graduate of Sadie V. Thompson High School and enjoyed relating his memories of performing in the glee club in addition to his solo vocal performances. Throughout his life, he recalled Mrs. Thelma Stephens and Mrs. Francine Presley with gratitude and admiration; both of these teachers encouraged his singing abilities.

After high school, he took to heart advice on U.S. Navy posters to “Join the Navy and see the world,” convincing his mother to sign for him to join the Navy at the age of 17. He saw duty during the war in Vietnam as an electronics technician aboard the aircraft carrier, USS Coral Sea, cruising in the South China Sea.

After an honorable discharge from the Navy, he attended Los Angeles City College and California State University at Los Angeles, he concentrated in English before deciding during his senior year to pursue a career with Atlantic Telephone and Telegraph Company in addition to investing in real estate.

Cowan did well both at AT&T and in real estate, the latter in multiple locations in Southern California and Natchez. He often chuckled at how, as a neophyte investor, he did not know what “inflation” meant; and he particularly enjoyed telling anecdotes such as repairing his first leaking pipe in a multiunit building only to see multiple new leaks emerge when the water was turned on. However, he persisted both in “the school of hard knocks” and also with continuous independent study.

He enjoyed contacting old Navy buddies when possible and socializing with family and friends, especially on holidays; he often joined others, but also loved to host dinner parties himself. He reveled in discussing a variety of subjects and issues including politics, music and the arts, philosophy, religion and theology. He was generous in assisting those he felt were in need and did so without fanfare. He will be missed by many whose lives he touched.

He was preceded in death by his parents and his partner of many years, Barry Gilbert.

And one clear call for me!

And may there be no moaning of the bar,

When I put out to sea.