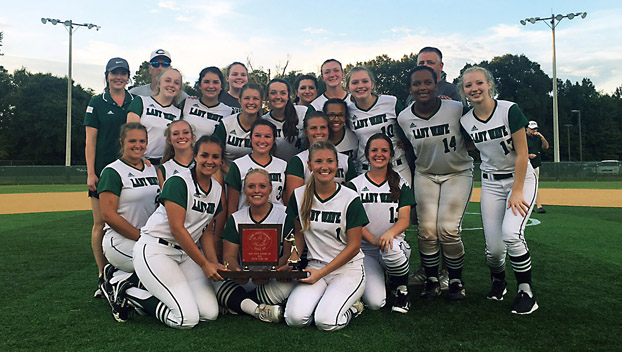 The tournament was played Saturday and Monday.

“It was a great team effort,” said Craig Beesley, Cathedral School head softball coach and athletic director. “Addison Jackson was 16 for 28 for the tournament. All of our girls did well.”

The Lady Green Wave won three of four games during tournament play Saturday beating Riverfield Academy 7 to 3, Columbia Academy 16 to 2, and a second game against Rieverfield 17 to 0. The Lady Green Wave fell Saturday to Bowling Green 5 to 2 in the only loss of the day.

“I was proud of the way the girls played (Monday),” Beesley said. “We knew going down there we had to win the first game to advance to the state tournament. We played nine straight hours (Monday) and they gave us all they had but were tired the last game.”

With the accomplishment, the Lady Green Wave advance to the MAIS C;ass AAA state tournament that starts Saturday in Magee.

Adams County Christian School Lady Rebels won two games at South State on Saturday and lost one, and on Monday won one game and lost one game to Cathedral finishing fourth overall in the South State Tournament.

JONESVILLE — News outlets are reporting that all Jonesville schools were evacuated at 12:30 p.m. Monday after Catahoula Parish authorities... read more