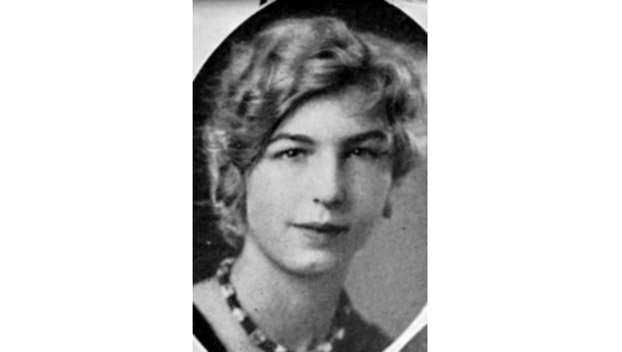 NATCHEZ — Natchez native Weenonah Montgomery Dearing will be inducted into the Delta State University Sports Hall of Fame on Saturday along with 11 other former athletes from the university.

Dearing, the late-mother of state Sen. Bob Dearing, D-Natchez, played women’s tennis and women’s basketball at DSU in 1930 and 1931.

In tennis, Weenonah Dearing and her tennis partner at DSU won the state and national doubles tennis title for the school in 1931.

That was her first year in college, Bob Dearing said, but it was not her first success in tennis.

“She graduated Natchez High School in 1930 and lettered four years in tennis and basketball,” Bob Dearing said. “Her senior year in high school at the age of 17, she won the Natchez city singles championship on grass courts.”

“She went on to Delta State and there played basketball with Margaret Wade,” Bob Dearing said.

The women’s basketball team went on to win the Mississippi Valley and Mississippi State championships in 1931.

Bob Dearing said Weenonah Dearing’s college sports career ended after that single year at DSU because she met his father, Robert V. Dearing, got married in 1932 and moved back to Natchez.

“She never went back to college,” Dearing said.

Weenonah died in 1982, having lived long enough to see her son, Bob Dearing, elected to the state senate in 1979, Bob Dearing said. Bob Dearing has served in the Mississippi Senate ever since except for one term he was out from 2012 through 2016.

“Induction into the DSU Sports Hall of Fame is the highest honor a student-athlete or coach can achieve and we are honored to welcome 12 deserving members to this year’s class,” said Ronnie Mayers, DSU director of athletics.

This year’s class will be inducted during a special halftime ceremony during Delta State’s football game with West Florida on Saturday, according to DSU. The game starts at 6 p.m. Inductees will available to the fans during a meet and greet from 5-5:30 p.m. on the main concourse at Parker Field-McCool Stadium.

* Women’s Basketball team was known as the “Rabbit Foot Squad”