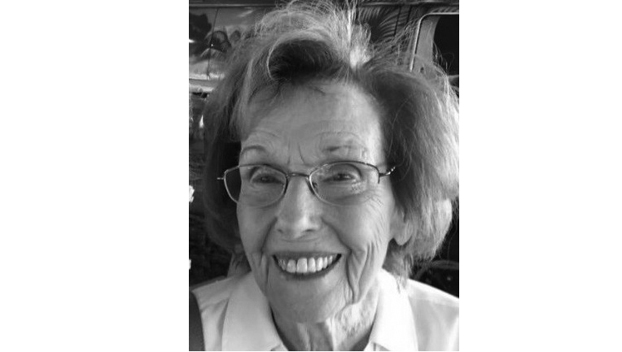 NATCHEZ — A celebration of life service for Freda Marie Stallone, 88, of Biloxi, who died Tuesday, Sept. 25, 2018, surrounded by family at her daughter’s home in Daphne, Ala., will be 2:30 p.m. Monday at the Biloxi National Cemetery.

The Howard Avenue Chapel of Bradford-O’Keefe Funeral Home is in charge of arrangements.

A gathering of friends and family will follow the service at the family home.

Visitation will be from 9 a.m. until service time at the church.

Both services will be at St. Mary Basilica, followed by a graveside ceremony at the Natchez City Cemetery.

A gathering of friends and family will follow at the home of Bobby and Jennifer Smith.

Mrs. Stallone was a graduate of Cathedral High School in Natchez. After graduation, she and her husband, Lt. Col. Meno Joseph Stallone Jr., were stationed at a number of Air Force bases throughout the southeast. They subsequently made their home in Biloxi and became longtime residents of the Mississippi Gulf Coast.

Stallone had a true servant heart and was an active member of Fatima Church, volunteering for more than 20 years with Saint Vincent DePaul.

Her family was her top priority, making sure that hot meals were prepared and enjoyed together as a family. She ensured that her children went to church on Sundays and as they grew older, she and Meno traveled to see them, their grandchildren and extended family and friends wherever they were.

Stallone worked as a census taker, prepared and coordinated meals for church leaders and those church members who suffered loss and worked on fundraisers for Fatima Church. She enjoyed her time at Bible study as well as tennis and bridge with life-long friends. She was a patient, grace filled lady with a great sense of humor. She was a loving wife who was slow to anger and was an amazing, loving mother to her children.

Stallone was a treasure and true blessing who was loved dearly by all who knew her. She will be forever and greatly missed.

Online condolences may be sent to the family at bradfordokeefe.com.