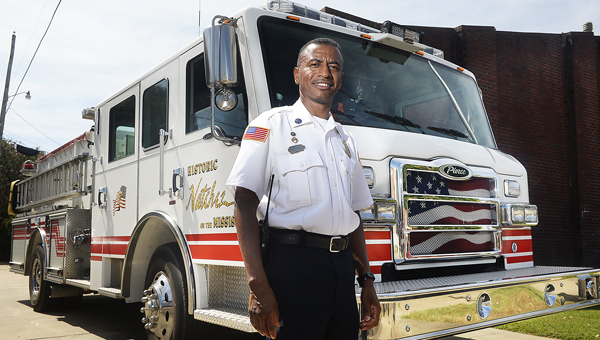 Wesley had served as the fire chief since July 2015 and had a total of 37 years in the Natchez Fire Department.

Wesley had been suspended with pay since Aug. 24 after undisclosed complaints were filed against him in the city’s human resources department, Grennell said at the time and since then Wesley had been the topic of several executive sessions of the Natchez Mayor and Board of Aldermen.

Grennell said no action was ever taken during any of those executive sessions.

“The only action taken was when I suspended him with pay,” Grennell said. “I wish Wesley the best for his retirement and thank him for his years of service in the Natchez Fire Department.”

Wesley said he plans to focus more time on his ministry as pastor of Greater Robinson Chapel Baptist Church in Natchez.

“After 37 years,” Wesley said, “I’ve retired. I really enjoyed myself. It was a great, great tenure.”

Wesley said he was proud of his service and noted that he had helped establish a training facility for firefighters in Natchez.

Grennell said the city would begin advertising for a new fire chief and begin the process of hiring a replacement.

After Wesley was suspended, Ventris Green was named acting fire chief, and Green will continue in that role until a new hire is made, Grennell said.

“Ventris has agreed to continue on until a chief has been formally hired by the city,” Grennell said. “He (Green) will have the right like anybody else to apply for the position.”

Wesley said he would be available to help the next fire chief once someone is hired.

NATCHEZ — The Mississippi State Board of Education approved letter grades Thursday for the state’s school districts. The scores,... read more