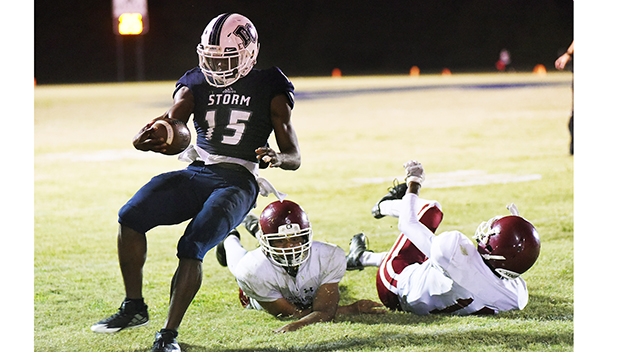 FERRIDAY — Delta Charter will host St. Frederick tonight in a homecoming matchup that is among the highlights of high school football in the Miss-Lou this week.

Delta Charter broke a four-game losing streak with last week’s 40-12 LHSAA District 2-1A win on the road over the Tensas high School Panthers.

The Delta Charter Storm will not only be out to win their homecoming gridiron battle, but also to keep from falling back into the losing column.

Kick off is 7 tonight at Delta Charter in Ferriday.

Earlier this week, however, the team announced the Mississippi Association of Independent Schools wins had stripped the team of seven wins because a member of ACCS’s team had been ruled ineligible.

A win tonight against Central Private (4-4, 0-2) could keep the Rebels in playoff contention, giving ACCS (1-7, 1-1) its second divisional win.

“We have a one-game season now. It’s win or it’s over,” King said earlier this week.

NATCHEZ — The suspect in an Aug. 29 shooting that occurred in the vicinity of Old Country Club Road in... read more