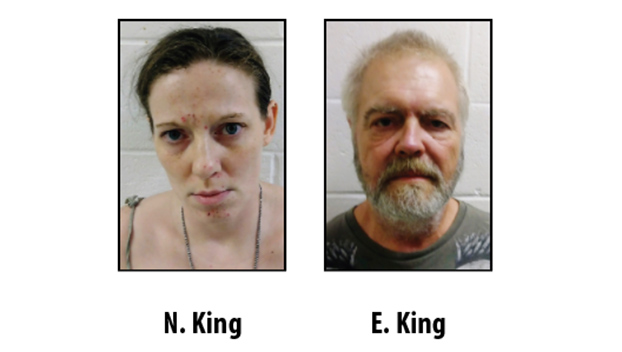 NATCHEZ — Two people were arrested Thursday evening on drug charges after Adams County Sheriff’s Office deputies said the pair were found inside a residence with methamphetamine and an 8-year-old child.

Agents of the Adams County Special Operations Group executed a narcotics search warrant at a residence on 19 Pritchard Lane, where officials said they found Natasha N. King and Edward O. King and the child along with approximately 10 grams of methamphetamine, scales and other drug paraphernalia.

While searching the residence, agents of the Department of Child Services also reported deplorable living conditions that were unsafe for children, and therefore removed the child from the residence and placed him under state care.

The Kings face charges of possession of methamphetamine with intent to deliver and possession of drug paraphernalia and transported to Adams County Jail.

DCS may file more charges against the Kings after further investigation, officials said.

NATCHEZ — The suspect in an Aug. 29 shooting that occurred in the vicinity of Old Country Club Road in... read more