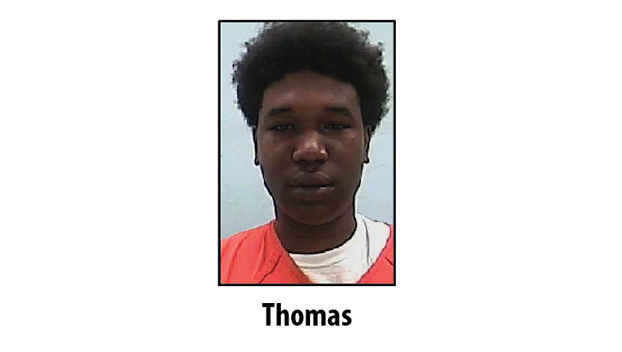 Deputies arrest suspect on drug charges; suspect may be at center of neighborhood gang shootings

NATCHEZ — Sheriff’s deputies arrested a 22-year-old Adams County man Wednesday night on charges of drug possession, but sources close to the investigation said they believe the man may be at the center of a feud between neighborhood gangs that has caused multiple shootings, some deadly, over the last year.

During a search of Thomas’ vehicle deputies found what they believe to be 41 ecstasy tablets, approximately 30 grams of marijuana, digital scales and a box of .40-caliber bullets.

Thomas, who is an aspiring rapper, released a video on YouTube under the name “Traedoe GanG” early Wednesday titled “Who You Pose to Be (Retaliation).”

The song is riddled with racial epithets and curse words and lyrics that seem to indicated violence including “I’m going to put a b—- to sleep.”

Law enforcement officials off the record believe the shootings that occurred on Wednesday near Beaumont Street in Natchez may have been sparked by the messages in the video.