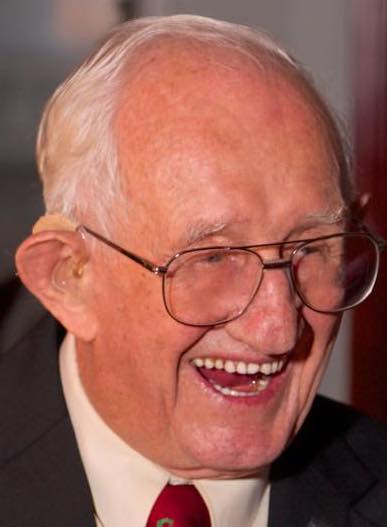 NATCHEZ — John Henry “Sonny” Sanguinetti Jr., who died Tuesday at 92 years old, was a World War II veteran, a longtime business owner and heavily involved in the Natchez community — but despite all of his involvements, he was a father and a family man first, friends and family said.

Sanguinetti was one of nine siblings and later had nine children of his own.

“What’s his biggest accomplishment? He’d answer it was his nine children,” said Mark Sanguinetti, Sonny’s seventh son. “We had 36 first cousins on my dad’s side of the family, and a lot of them grew up in Natchez and went to school at Cathedral. We were all staggered in age, and we grew up as one big family.”

Mark said his dad grew up in Liberty Hall on the corner of State and Martin Luther King Jr. streets. After he graduated from St. Joseph High School, he obtained his degree in accounting from Loyola University in New Orleans.

Sonny later joined the U.S. Navy and went to boot camp in Norfolk, Virginia, before boarding the USS New York battleship and crossing through the Panama Canal into the Pacific Theater of World War II.

Sonny’s eldest son, John Sanguinetti III, said his dad was involved in at least two major battles of the war, including the battle of Iwo Jima and the invasion of Okinawa in 1945.

Back at home after the war, Sonny worked as a terminal manager for Red Ball Motor Freight and ran the Sanguinetti Exxon at Homochitto and Martin Luther King Jr. streets by the Malt Shop for approximately 17 years, John Sanguinetti III said.

“Daddy’s business was founded on all of his friends and neighbors who got their gas and got their cars serviced and washed at the station,” John Sanguinetti III said. “He had a fixed clientele and some transient business needing a quick fill-up. He had his regulars, and a lot of them he carried on credit.”

John Henry Sanguinetti Jr.’s daughter, Kathleen Pool, said so many of those he gave his services to were so satisfied, they later helped him celebrate his retirement in 1988.

“He kept cards to keep track of every car service, oil change etc.,” Pool said. “He would call people up and remind them if it’s been a while since their last oil change and would pick up their cars and service them before they even woke up the next morning. … They loved it so much that they all came and paraded around the service station on the day of his retirement. He was so proud of that.”

Even after he retired, he continued to help others in the community through his volunteer efforts at Cathedral School, St. Mary’s Basilica and as a longtime member of the Santa Claus Committee, Mark said.

“He taught me and all of my other brothers and sisters that a job was done when it was finished,” he said. “You don’t start something and do it halfway. You do it to completion.”

NATCHEZ — Period dancers and re-enactors will be part of the fun Saturday as the Monmouth Historic Inn celebrates its... read more