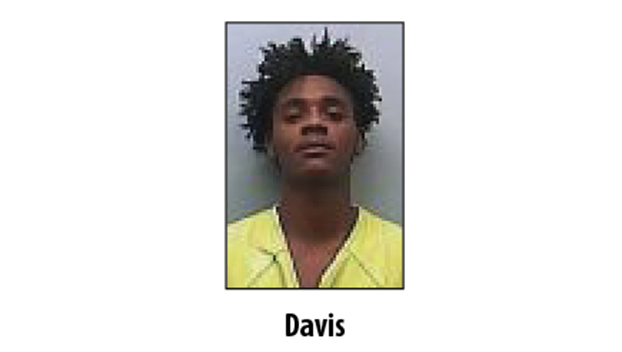 NATCHEZ — The suspect in an Aug. 29 shooting who fled to Texas has been extradited and was being held Sunday without bond on five counts of attempted murder in Adams County, authorities said.

Chief Jerry Brown, of the Adams County Sheriff’s Office, said Jamioutae Davis was arraigned in Burleson, Texas, and was extradited to Adams County on Oct. 30. Brown said Davis is considered a flight risk and was being held without bond.

Davis, 18, is a suspect in the Aug. 29 shooting on Old Country Club Road, in which two suspects fired into a car with a mother and four children inside.

Brown said Davis was placed on the National Crime Information Center after fleeing the Adams County area. Brown said the sheriff’s office had information that Davis might be with friends and family in the Burleson area.

Brown said handguns consistent with the casings found at the Old Country Club Road crime scene were found in the car.

“When they conducted the stop they found a 9-mm and a .40-caliber, which is consistent with the shell casings that were recovered at the scene that day,” Brown said. “They also found ski masks and rubber gloves in the car.”

Brown said the guns will be sent to the state crime lab next week for ballistic testing.

NATCHEZ — City leaders are exploring the possibility of a series of educational public forums on consolidating services between... read more