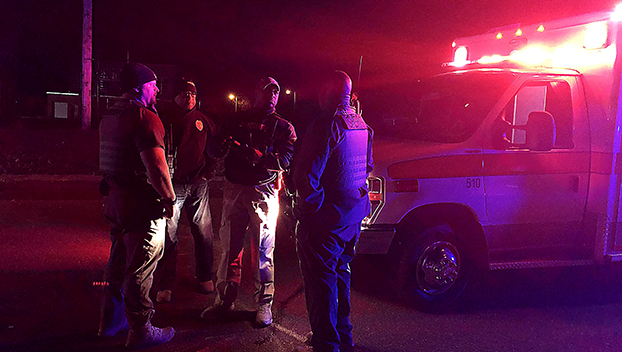 Blue and red lights flashed from police cruisers and ambulances in front of the small white house atop a hill as investigators worked the scene, going back and forth up the driveway alley between two houses

The driveway was cordoned off with crime scene tape, and neighbors stood outside watching as the investigators worked.

“We have a joint investigation going,” said Natchez Police Chief Walter Armstrong who was heading up the investigation. “We have talked to several people and plan to talk to more.”

If the shooting death is determined to be a murder and not an accidental shooting, it will be the 12th murder in the city this year.

“This is crazy, and we need help in this city,” Lee said. “God be merciful is all I can say tonight. We need help.”