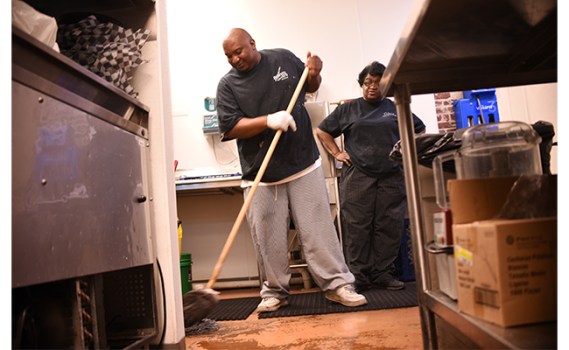 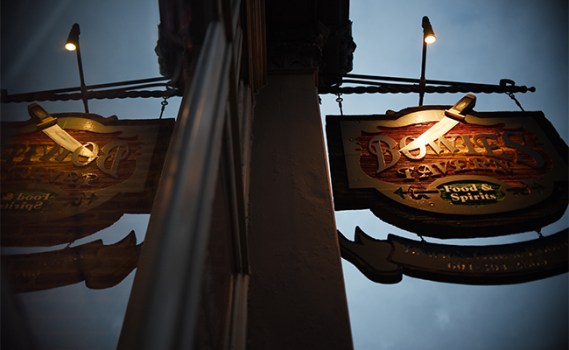 Bowie's Tavern sign hangs up above the door of the restaurant Thursday in Natchez. 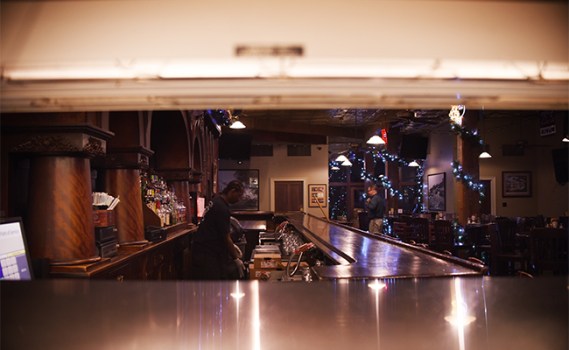 DaRon Buie cleans up behind the bar while John Holyoak picks up around the tables at Bowie's Tavern before it closed in January.

Bland’s unexpected $1.37 million bid was enough to satisfy United Mississippi Bank to allow him to buy the bar and restaurant located on the corner of Main and Broadway streets.

The bank had placed a $1.35 million bid to set the minimum it would take for someone else to buy the building and business, UMB CEO Adrian Sandel said.

“I was holding my breath there for a minute,” Bland said, of the auction on the steps of the Adams County Courthouse, conducted by local attorney Bruce Kuehnle. “Bruce asked a dozen times, ‘Does anybody else want to bid on it?’ but I was the only one.”

Bland said he purchased the property because it was a good investment on a prime piece of real estate and a good business.

Bland said he’s working on getting all the necessary license applications made and hopes to reopen the tavern as soon as possible.

Bland said it is important to note that the temporary closure of the tavern does not affect another tenant in the building, Bowie’s Outfitters.

“This does not affect Bowie’s Outfitters at all,” Bland said, adding he doesn’t want people to think the businesses are linked in any way other than sharing a building. The outdoors retailer remains open and will be unaffected by the property’s sale, he said.

Bowie’s Tavern had become entangled in the personal bankruptcy of its owner, Louisiana businessman Michael Worley. Bowie’s Tavern was pledged as collateral on loans Worley had with United Mississippi Bank.

The bank obtained permission from the federal bankruptcy court to foreclose on the property and another, Dunleith History Inn which is set to be sold tomorrow at a foreclosure auction.