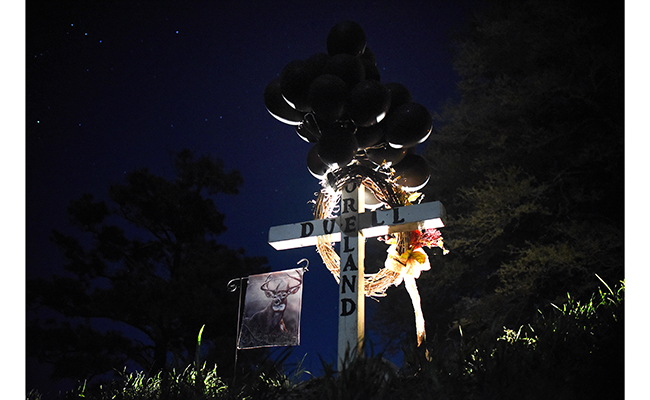 After a three-year-long investigation, a Monterey family is still seeking justice for the suspected homicide of 26-year-old Duell Moreland — who would have turned 29 years old today were it not for his untimely death, Duell’s mother, Kimberly Tiffee said.

“He was a really active person and everyone loved him,” Tiffee said. “Material things didn’t matter to him. He would’ve given you the shirt off his back. … He died way too young.”

In Saturday’s show, Kelly Siegler, a veteran prosecutor from Harris County, Texas, and Steve Spingola, a former Lieutenant Detective of the Milwaukee Police Department, will work alongside the Concordia Parish Sheriff’s Office, attempt to crack the case and finally obtain justice for Moreland.

Moreland reportedly went missing on March 29, 2016, from his grandparents’ residence in Monterey.

Earlier reports said Tiffee found his grandson’s body — mostly skeletal remains — after he received a tip from a family friend and organized a search.

A few weeks after the discovery of the body, Concordia Parish Sheriff’s Office investigators charged Moreland’s distant cousin, Hartwell Layne Tiffee, 37, of Monterey with second-degree murder in the case, but later the parish grand jury filed a No True Bill in the case and Hartwell Tiffee was released.

The grand jury case was convened by the Louisiana Attorney General’s office after District Attorney Brad Burget and Seventh Judicial District Judges Kathy Johnson and John Reeves were recused from the case because Hartwell Tiffee’s father, Thomas “Red” Tiffee, is a member of the Concordia Parish Police Jury.

Kimberly Tiffee said she was one of the last people to ever speak to her son before his disappearance and believes a mob of people tortured and killed him in the woods.

More than a year after Moreland’s death, his family started offering a $30,000 reward for information that leads to an arrest and conviction of the person or persons involved the suspected homicide.