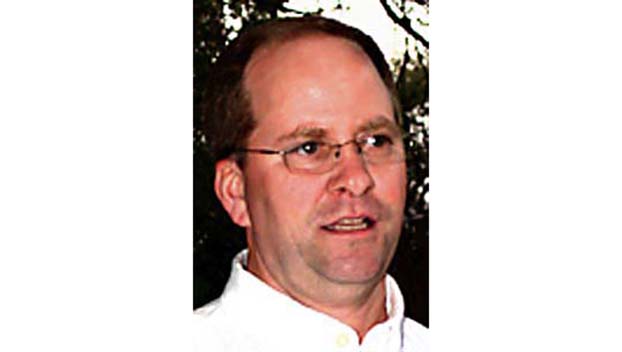 “It is because of my great desire to continue to serve the people of Adams County that I, Mike Lazarus, announce my intentions to run for re-election as Supervisor of District 1,” Lazarus said in making the announcement. “County supervisor is one of the most important elected positions in all of county government. It has always been my
belief this is where the rubber meets the road. I work with other elected officials daily to see that the citizens of Adams County come first. “

A county supervisor, Lazarus said, is often the first person and the last person a citizen calls with a problem.

“I take pride in the fact that I return all phone calls, and I will legally solve whatever problem arises to the best of my ability,” Lazarus said. “I pledge to always be accessible
to the people I represent.

“We handle everything from potholes and overgrown grass to securing funding for major projects with our contacts in Washington, D.C.

Lazarus said he has the connections to get results.

“My relationship with the former Sen. Thad Cochran, Sen. Cyndie Hyde-Smith, Sen. Roger Wicker and former Congressman Gregg Harper have proven to be invaluable,” Lazarus said. “The money for the Belwood levee project along with countless other projects in Adams County was secured through these contacts.”

Lazarus said he believes he has been a good steward of the trust voters have placed in him.

“As Supervisor we oversee a $32 million budget,” Lazarus said. “I take great pride when I say the county is financially sound, thanks to the hard work of the team we have in place finishing last fiscal year with a $4 million-plus cash balance. We make careful spending a priority. In the last 11 years I have made it my mission to do more with less by not raising taxes even lowering millage twice.”

Infrastructure improvement also has been a priority under his tenure, Lazarus said.

“I have made roads and bridges a priority,” Lazarus said. “We have spent millions of dollars on road projects inside and outside the city of Natchez without raising taxes and you have my commitment to continue with the progress we’ve made. I strongly believe good roads not only help with property values but also encourage economic growth.”

Lazarus also has implemented other cost-saving measures for the county, he said.

“We have hired a nurse practitioner which has saved the county almost $1 million in the last three years,” Lazarus said. “The county employees do not have to take off work to go see a doctor which increases productivity and keeps them out of the after hours clinic and emergency room saving the county thousands of dollars. We have negotiated county health insurance and garbage contracts. All these decisions have saved the county millions of dollars all without raising taxes.”

“I fully support the efforts Chandler Russ and Natchez Inc. are putting forth,” Lazarus said. “The role of the county is to support Chandler and his team. As a small business and commercial property owner I understand the importance of a healthy economy. There are 200 jobs available in just the Adams County area with many more on the horizon. “

“I have been self-employed for the last 21 years,” Lazarus said. “Prior to owning my own business I was employed as superintendent for Georgetown Construction. I oversaw and worked on many major road projects making me the most qualified when it comes to what we need in our roads and bridges.

“I am without a shadow of a doubt your man to keep as your supervisor of District 1, because I can honestly say that if I can’t get it done it can’t be done.

“I believe our brightest days are ahead of us and with your support we can continue to move Adams County forward.

Learning from 2011: Local officials know better what to expect from flooding

By Scott Hawkins, Ben Hillyer & Sabrina Robertson The Mississippi River is projected to crest in Natchez at 58 feet... read more