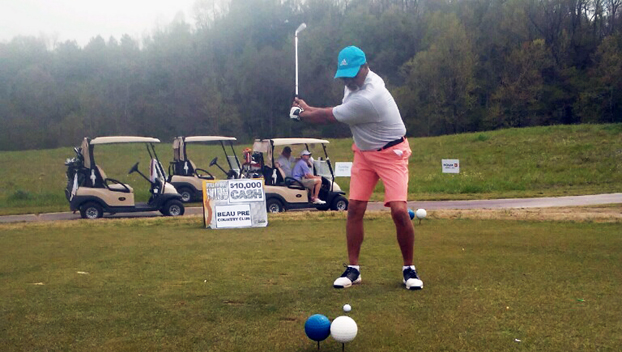 NATCHEZ — Tom Bryant and his son Jackson flirted with golf’s magic number, “59” Saturday morning in the first round of the Spring four-ball team event at Beau Pré.

The father and son duo started out with a birdie on the first hole by Jackson, then after three pars in a row, Tom made birdie on no. 5.

The Bryants weren’t finished yet, however. Jackson made a birdie on no. 13, then Tom finished off the round for the team by making birdies on four of the last five holes.

The Bryants shot 60 and have the overnight lead after the first round.

“I grew up around the game, my brother Tripp, too,” Jackson said. “My father is a student of the game and always has been.”

The low score was hardly a surprise to any avid golfer in the area, because Tom is a former city champion, a current Beau Pré club champion, a former touring professional and former club pro at Beau Pré.

The team of Blake Garon and Blake Kelly shot 63. Mark Sutton and Darren Sutton shot 66, also shooting 66 is the team of Dustin Harris and Cade Hebert.